Why an Indigenous Day of Prayer? 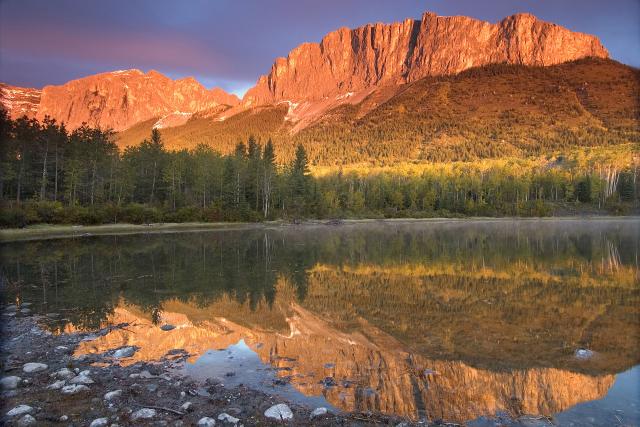 In 1971, the observance of June 21 as a National Indian Day of Prayer was formally recognized by The United Church of Canada, at the 24th General Council. In 1982 the National Indian Brotherhood (now the Assembly of First Nations) called for the creation of a National Aboriginal Solidary Day. Around that time the Sacred Assembly, a national conference chaired by Elijah Harper, also had a similar call for a national holiday to celebrate the contributions of Indigenous Peoples. And the Royal Commission on Aboriginal Peoples (1995) recommended the designation of a National First Peoples Day. More recently, on June 21, 2017, the prime minister issued an intention to rename this day National Indigenous Peoples Day.

The following are a series of excerpts from These Mountains Are Our Sacred Places by the Rev. Dr. Chief John Snow, and Around the Sacred Fire, by Dr. James Treat. Both of these books capture history and teachings from the Indian Ecumenical Conferences that were held throughout the 1970s and 80s. It was in 1971 that the Indian Ecumenical Conference first conceived of June 21 as a National Indian Day of Prayer. In this quote, the Rev. Dr. Snow speaks of this experience:

One of the highlights of my life was hosting the North American Indian Ecumenical Conference. The event was held annually from 1971 to 1985 in the Stoney Indian Park, a magnificent setting of hills, valleys and creeks, with a buffalo herd grazing nearby amongst poplar, spruce, pine, fir and willow. The Old Bow Fort Creek flows by the sacred grounds and in the background of the Rocky Mountains tower over the camp.… “These sacred rock monuments remind me that the Great Creator is timeless, while the refreshing mountain springs and the wildlife that inhabit His hills remind me that He is generous and loving.” Indigenous and non-Indigenous people came from all over North America for the four-to seven-day-long Conference. Indigenous peoples from Central and South America, New Zealand and Hawaii, and Laplanders from the old country were all warmly welcomed. Many elders came to speak and to teach the traditions and the spiritual ways of our people. In attendance were medicine people, ceremonial leaders, Chiefs, councillors, clergy, youth and children. (Snow, 233–34).

Often people would gather around the sacred fire for prayers, meditations, telling stories, sharing experiences, and encouraging one another in the journey of life. Many of us felt the presence of God, the Creator, and were touched. We felt a deeper understanding of our faith as we sat around the fire. (Snow, 234)

And this quote from the late Mr. Jim White, a respected United Church Elder, is from Around the Sacred Fire:

Many of those who spoke up during Conference sessions expressed concern for the younger generation. Some were grateful that educated native youth could start “rewriting” the history texts, reforming “the education system,” and providing leadership for their own people. “If you are sending your youngsters out to the urban city for an education, welcome him back,” Kwakiutl school counselor Jim White told his colleagues. “Make sure you can utilize his education. That’s what he went in and got educated for, and don’t let him stand around and not do anything about it. (Treat, 202–203)

Many Elders at the time participated in the North American Indian Ecumenical Conference sharing their ceremonies, time, and wisdom at Stoney Indian Park, in Morley, Alberta.

Today, National Indigenous Peoples Day is a celebration of language, culture, and history. It is good to remember the Steering Committee of the Indian Ecumenical Conference, who had the vision of setting aside June 21 as a holy day for all peoples to gather and pray.

Elder Jim White’s words are an invitation to celebrate and utilize the gifts that are in our midst. How might the church acknowledge with intention and gratitude the gifts we’ve been given?

Prayer is one precious gift the church has to offer the world. Prayer deepens our communion with God and with all Creation. It nudges us to examine who we are as individuals, as a community, and importantly it asks us also to examine who we seek to become. Through this intimate connection we can pour out our gratitude, our concerns, and our hopes. In reflection of the Elders’wisdom we offer this prayer:

God, Creator and Great Mystery, we praise you for the Sacred Fires that burn today and for the prayer-filled smoke that you receive and bless. We offer our deep gratitude that the Fire’s light informs and guides our journey. We pray, just as the Elders prayed, for renewal and for the restoration of beauty to the land and its people.

We acknowledge the diverse and abundant gifts of Canada’s Indigenous Peoples. We recognize that their knowledge and wisdom have benefited generations past and present, and that this blessing will continue for generations to come. We remember the many who are committed to the healing of family, community, and nations.

We pray for Mother Earth, the waters, the winds, for our siblings the animals, birds, and fish, and all of life that surrounds us. We pray that we will walk the good Red Road of life, and that we will walk with courage, honesty, humility, love, respect, truth and wisdom.

We offer this prayer in humility and hope, and in the name, of our brother Jesus, the one who lights our path to wholeness, justice and peace. Amen.