Grounded in the witness of Christ, we stand in solidarity with those affected by mining. 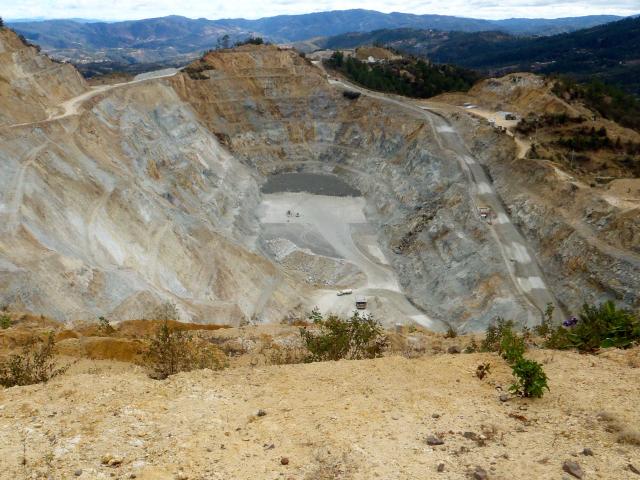 Each part of creation reveals unique aspects of God the Creator,
who is both in creation and beyond it.
All parts of creation, animate and inanimate, are related.
All creation is good.
—from A Song of Faith

Learning from global and Indigenous understandings of the sacredness of the land, we are called to move away from concepts of dominion and ownership of the Earth. We strive to resist that which destroys the health of creation and its communities.

Canada is home to half of the world's mining and exploration companies—every day, rural and remote communities, especially Indigenous communities, are directly affected by their extraction activities. The results often include environmental degradation and other negative social and environmental impacts. And all too often, people are displaced from their lands, and their resistance is met with unlawful force.

United Church partners call us to respond to the grave injustices they face—extrajudicial killings, incarceration, militarization, and intimidation of community leaders opposed to government policy. (For more information about the impacts of Canadian mining companies, particularly in the Philippines, search “Beaconsfield Initiative” on United Church Commons.)

UN Declaration on the Rights of Indigenous Peoples (UNDRIP)

This global affirmation of Indigenous peoples’ rights provides a framework under which Indigenous communities give, or withhold, consent for resource extraction on traditional lands.

For information on the Declaration, including how the United Church and Canadian government are living it out, visit UN Declaration on the Rights of Indigenous Peoples.

Free, Prior, and Informed Consent (FPIC)

A key principle of UNDRIP (see below), the right of Indigenous people to be fully informed participants, free of coercion, in decision-making on issues such as resource development projects on their traditional territories (for example, the Trans Mountain Pipeline). Mohawk activist Kenneth Deer characterizes FPIC as “a means of participating on an equal footing in decisions that affect us.”

An economic model that exploits the large-scale removal of natural resources for profit. Extractivism is increasingly being challenged by Indigenous, grassroots, and popular movements.

A type of legislation that puts people and planet first. Right now, Canadian companies are expected to voluntarily respect human rights when operating abroad. Partner experience shows that voluntary measures don’t work. A law proposed by the Canadian Network on Corporate Accountability, of which the United Church is a member, would require companies to put human rights protections in place in their operations, including the right to a safe, clean, healthy, and sustainable environment. MHREDD would require Canadian companies to assess the risks of human rights and environmental abuses before engaging in a project and then ensure the mitigation of risk is monitored throughout the project. If local communities experienced abuses they would have the right to seek justice in Canada.

In January 2018 the Government of Canada announced the creation of an independent ombudsperson office with robust powers to investigate allegations of human rights abuse tied to Canadian corporate activity overseas. Canada has still not delivered on that promise. The United Church of Canada, as part of efforts by the Canadian Network on Corporate Accountability, has spent over a decade advocating for a human rights ombudsperson with real powers to investigate abuses and redress the harms caused by Canadian companies operating abroad. Despite an explicit and public commitment to do so, the government subsequently bowed to industry pressure and gutted the office’s powers before it even got off the ground.

Partners and Networks We Work With