Why Did I Write a Worship Service for Black History Month?

I believe deeply that White people need to take ownership of racism, in a way that people who have been victimized by racism don’t have the opportunity to avoid. 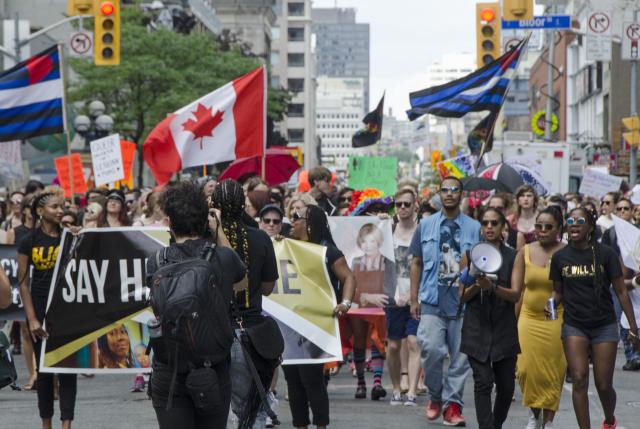 Why did I write a worship service and sermon for Black History Month? It’s a difficult question to answer. I was filled with excitement and dread at the prospect. I was excited because the topic of race and identity is volatile at the moment (well, really, when hasn’t it been?) and the opportunity to speak the truth as I understand it to groups of spiritually open Christians seemed to hold a great deal of potential. The dread comes from the responses of fear, anger, and miseducation that can shut me down so easily. But I believe deeply that White people need to take ownership of racism and take risks, in a way that people who have been victimized by racism don’t have the opportunity to avoid.

I grew up in the 1970s, not long after the Civil Rights era. I thought Vatican II had taken care of conservative Catholicism and that racism and sexism had been defeated. Sesame Street, The Jeffersons, Jimmy Carter, Schoolhouse Rock, and Chico and the Man had confirmed all this for me. But I was living in a small suburb in New Brunswick and didn’t recognize daily signs of systemic oppression. I was consumed by fear that my own burgeoning gay identity would be the source of my own downfall in life, so that was my only real concern.

I was so fortunate to have been educated by feminists who taught me that my own liberation was completely tied to the liberation of all. I was bound by my own homophobia and had to recognize and own it.

In the same way, I had to come to terms with my own acceptance of racism and misogyny, not as actively embraced ideologies, but as the natural outcome of living in a society that has always had these within its foundation. Social issues are so often discussed as though there are two sides, one is a racist or one is not. This kind of fallacy allows for that age-old phrase “I’m not a racist, BUT….” The more honest phrase is “I am a racist, BECAUSE….” Combatting racism means honest confrontation with ourselves.

Two summers ago, Black Lives Matter were named “honoured guests” of the Toronto Pride parade. Towards the end of the event, they stopped the march and presented their platform for change needed within the organized queer community. They called out concerns which had been raised many times in the past, but had been virtually ignored. Many of my friends within the community lost their minds. It became a situation of “How could THEY do this to US?” I was stunned by the rabid anger and I realized that as progressive as I thought many of these people were, they had never been forced to articulate their feelings about race within the community, and what racialized queer people experienced. The place of the police within the celebrations became a central issue, and I heard over and over again “Pride is supposed to be about inclusion! If the police are banned from marching, it’s not inclusive!”

The irony was not lost on me. I became vocal in social media and found myself arguing with strangers and friends alike. I had people “unfriend” me on Facebook. I was called many names. But none of that mattered as much as seeing a few people change their perspective and talk about how they were opening their eyes to systemic oppression.

With the escalation of fascism in the U.S., there is no more important time than now to speak out about the protection of human rights and the education of all peoples about the insidious nature of racism. It has to happen in our churches, in our schools, at our dinner tables and in our bedrooms. And we can stop when we’ve solved everything. So let’s get on that.

— Rick Garland is Administrative Associate at KAIROS: Canadian Ecumenical Justice Initiatives. See "God Calls Us to Be Transformed" the worship service and sermon Rick wrote for Black History Month in our Worship section.