On “White Jesus” and Being an Ally

Colonialism was so successful that it turned Jesus White! 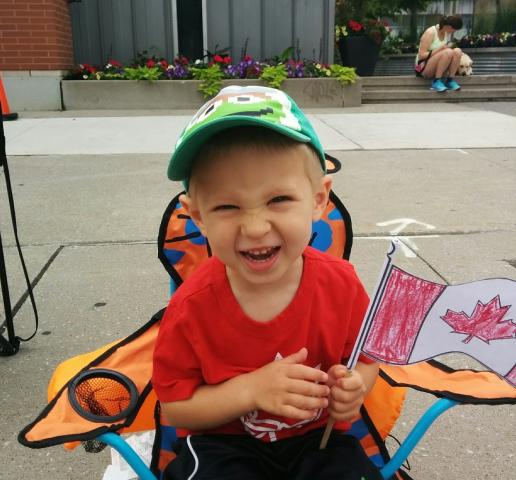 My four-year-old son loves everything about Canada. His favourite colour is red because “that’s the colour of Canada.” The summer of so-called “Canada 150,” when he was three, he spent the entire time running around in Canada-themed clothes (his grandma bought him an entire Canada wardrobe off the clearance rack after July 1). For a few days in July, he even slept with a miniature Canadian flag he received at a parade.

Marking “Canada 150” in 2017 was problematic at best—stolen land and hundreds of years of oppression of Indigenous peoples are not reasons for celebration. As much as I want my son to be proud to be Canadian, I also want him to learn about and understand colonization and its impacts.

I’ve heard the story of a young fish asking his father a question. “Dad, I hear everyone talk about the sea. But I don’t know what they’re talking about. I can’t see the sea.” And his dad replies, “The reason you can’t see the sea is because it’s surrounding us. It’s literally everywhere.”

Colonization in Canada is like the sea to this young fish. Members of Canada’s dominant (White) culture often can’t see it because it’s literally everywhere. In many United Church buildings, you may encounter depictions of “White Jesus” that continue to adorn the walls of some church basements and Sunday school rooms. Colonization was so successful that it even turned Jesus White! Jesus, who definitely wasn’t White, spent much of his ministry on Earth fighting oppression and was clearly no fan of (Roman) colonialism.

For more than 30 years, the United Church and Indigenous peoples have been on a journey towards reconciliation, mutuality, respect, and equity. From September 20 to 23, 2018, I attended a United Church gathering on Indigenous justice and climate change. For four days, a diverse group of people grappled with the diversity of voices in the room. Our group consisted of Indigenous and non-Indigenous leaders from the church, young adults, Elders, front-line climate activists, United Church ministers, leaders from civil society, and those employed in the oil and gas sector. We came together to offer learnings for the church as it continues to discern its response to emerging energy projects on Indigenous territories.

We came away with many ideas to offer the church, but no easy answers. We wrestled with so many questions. How do we continue to confront the racism and intergenerational trauma of colonization and residential schools? What about terminology—should we stop calling it “climate change” and start calling it “climate disruption?” How do we respond to the fact that poverty is often used as leverage to manufacture Indigenous consent in an era of “reconciliation?” What about the future of Canada’s resource-based economy? What would a just transition for energy-sector workers look like?

White privilege as a force in these struggles came up over and over. Privilege was a formative force in creating unjust structures. White allies and the church (as a colonial structure) have power and privilege. We can use this privilege to become allies and activists. How do would-be allies move in these complicated spaces? Indigenous colleagues and activists offered starting points: Ask if your presence is wanted. Accept the answer if it’s “no.” Join small and be humble. Don’t take over. Show up, listen, eat together, build trust, build relationships, screw up, apologize, and try again.

An Indigenous activist and land protector from the front lines of the Kinder Morgan project on Burnaby Mountain said that there is no magic answer for United Church people as we continue the reconciliation journey. But a starting place might be:

Be friends with a stranger.

Care for one another.

This sounds like something (definitely-not-White) Jesus would say. And it sounds like a great starting place for teaching my son.

— Aimee Gavin is the program assistant for communications support in the Church in Mission Unit of the General Council Office.