The author recommends a 12-step treatment process for White people to end the violence of White supremacy. 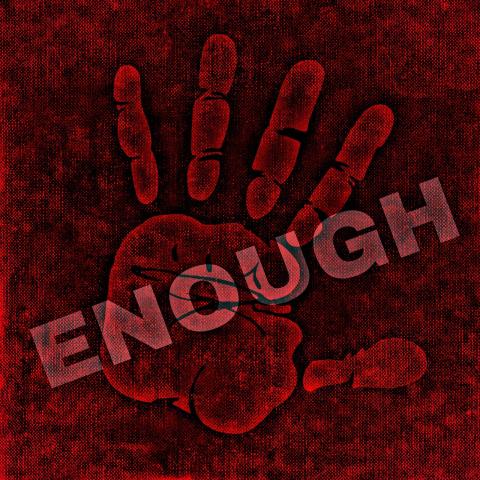 This blog post is part of a series for the International Day for the Elimination of Racial Discrimination, March 21, 2021.

I have a strong distaste for the word racism and I’ll tell you why: my race is not the problem. Brown and Black bodies are living proof that we are survivors. Racism is a form of violence done to Brown and Black bodies, and if we as a society want to heal from it, the focus needs to be on holding the oppressors — White People and systems — accountable for their violent ways and leading them towards transformation and healing. Therefore, when we talk about dismantling White supremacy, decolonizing, ending racism, and all that other good stuff, we should also add another step that asks White people to be that much more engaged in creating a world that is safe for non-White people.

Let’s reflect for a moment on the Truth and Reconciliation Commission. A major part of that process was to have residential school survivors go before a panel of commissioners and tell their stories of abuse and trauma. While compensation hearings for the abuse they endured were private, they were forced to speak publicly about childhood traumas to determine what societal restitution might look like. Despite the fact that Canada and the churches apologized, the perpetrators were still protected and their identities will never be known. Many of the former students were hurt and angered that their abusers never publicly acknowledged the abuse. Nor did White Canada hold the individuals to account through criminal charges.

The culture of White supremacy lies about big and small things – to maintain its position of authority, to avoid rejection or judgment, and to keep up appearances. It has created a society that tolerates racism and that does not demand an end to violence, oppression, hoarding of wealth, and unfair land distribution practices.

Racism is violence and the healing of our society needs to happen with White people. To heal, White Canadians must acknowledge the truth that the problem of racism begins (and ends) with them.

When I first started to think about adding this step, the active engagement of White People, to current anti-racism measures, I looked up some of the steps that are required in treatment programs for other ailments. I know there are people who agree with the 12-Step Program and many who don’t, but humour me for a second and take a look at the “12-Steps of Violence Anonymous”:

And what if we asked the following 12 steps from White people who are seeking to heal from their own White supremacy?

It seems a bit laughable to expect all of these things from White people, eh! I say it’s about time that we cut the crap and do away with the White people’s diversity training of “you have to train us so that we won’t oppress you” model. We are missing a few critical steps in anti-racism education, and the first one is for everyone to understand that race is not the issue — White supremacy is the root cause of racial oppression. The other step that I think is missing is asking White people to sit down, take personal inventory, and speak their truths out loud.

How else can they become a kinder and a gentler people if they don’t start taking some accountability?

— The author wishes to remain anonymous.