On Racism and White Allies

Rev. Sun-Young "Sunny" Kim writes on the need for progressive White people to show humility when it comes to confronting racism. 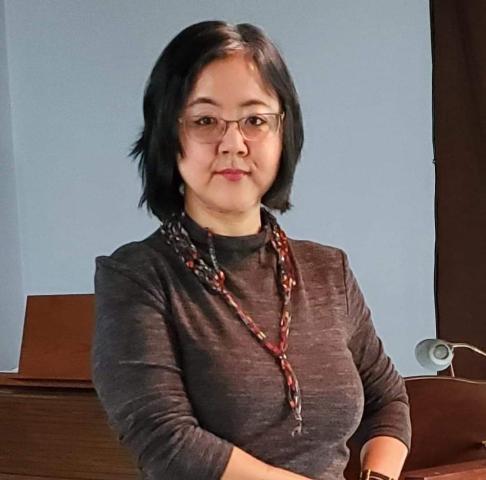 Some years ago, I read on Facebook about a White mother who had thrown her young daughter a Japanese tea party for her birthday. She posted some photos on social media, and a lot of fellow White people called her a racist, and her party a cultural appropriation.

However, in the midst of the many choice nasty words that were thrown at her, there was a comment from a Japanese woman who lives in Japan. She said that the only racists she could see were those who criticized the girl’s mother. She said that the mother had done her research and what she saw in the photos was culturally accurate. There is a difference between cultural appreciation and appropriation.

Not all expressions of other cultures by a White person are cultural appropriation. But then, a lot of the times, they are. Confusing, isn’t it? That is, if you are White.

This is where the story of my anti-racism work in Canada (and in The United Church of Canada) begins, because those two anecdotes illustrate the biggest problem of racism from progressive White people. Well-meaning White allies cannot see the fine points of racism because what they are defending is not a part of their experience. White folks who believe in the anti-racism movement think it is their duty to call each other out on racism. True. Nevertheless, they are not good judges on what is racist and what is not. Again, because it is not a part of their experience. While living in Canada as an ethnic minority, what frustrates me the most is microaggression and White people stealing our voice.

Before I moved to Sicamous B.C. where I currently serve, I did not have a family doctor. There was a major shortage of doctors and I did not need one. Then one day, I did. When I went to the medical clinic to try to get a doctor, I was told by the receptionist that medical services are for residents of the town only. I argued that I was indeed a resident of her town. Then she told me that, since one of the doctors retired, the shortage of doctors has become worse and they were not able to accept new patients at the time.

Something happened inside me, which my White husband did not catch. My heart started racing and I felt like a lesser human. Thanks to an acquaintance whose wife was one of our doctors, I could get examined and tested. But afterwards, she emailed me because someone who saw my Facebook post about my racism experience told her that I was saying bad things about our medical system. I explained to her that my post was not about the system, but about one receptionist. I felt like someone kicked me while I was already down on the ground after receiving a blow. I felt belittled and dehumanized. This is the reality of microaggression; White people do or say something without realizing how insensitive it is, meaning no harm, and we are traumatized by the experience.

Second, about the experiences of having our voices stolen. Let us go back to the two anecdotes. What did White people do wrong in those cases with their good intentions? They accused someone of racism because it felt offensive to them. Not one of the accusers bothered to ask the members of the ethnic minorities if they found it offensive too. When White people do that, it feels like our voices are being taken away. White people do not get to decide what is racist because it is not a part of their experience.

There was another way in which I felt my/our voices were taken away. It happened on the United Church of Canada Facebook group, which I notice a lot in general. Someone wanted to check if what she was doing was appropriate. I got upset at that most people commenting were White. I thought she needed to hear from one of us (ethnic minorities) that it was okay. And I explained to her from my perspective what cultural appropriation was. A White person disagreed with me. I elaborated. She kept disagreeing with me. The problem with this scenario is that the more times she disagreed with me, the more I felt belittled. After the third time, I was so traumatized, I just left Facebook and could not go back for two months. Just like White people do not get to decide what is racist because it is not a part of their experience, they also do not get to have a debate on the issue of cultural appropriation with us because it is not a part of their experience. Their job is to listen and ask.

As an ethnic minority, I should confess that it is more difficult to deal with well-meaning progressive White people than with blatant racists. I am not afraid of the latter because they know where they stand on the issue, and so do I. It is more difficult to deal with progressive White people because their racism is so subtle that only ethnic minorities can feel it. I know, it is indeed difficult. That is why I need humility from my White siblings. I don’t want them to be discouraged that they sometimes hurt us without realizing it. However, I need them to be humble enough to ask for guidance. When in doubt, ask.

I know some White folks have been told by ethnic minorities that it is not their job to teach them; it is because they are too tired and traumatized. But not all people of colour are too traumatized and tired to guide White folks. I am glad that a lot of White allies read books about racism and keep learning. However, I want White people to know that academic learning is only the beginning. Racism may be an academic subject for them, but it is life for us ethnic minorities. And because it is life, we will not all react the same way. I need White people to consult us and give us the floor when witnessing racist incidents so that we will not feel that our voices are being stolen. I believe that only with that humility we can work together to fight racism.

— Rev. Sun-Young "Sunny" Kim was ordained as a Methodist minister before transferring to The United Church of Canada. She is the minister of Sicamous United Church in Sicamous, B.C.  She has a background in French literature, early childhood education, and biblical studies.