As Purple to Lavender

Is it necessary to reflect on representation during Black History Month? Without a history, without representation, there is no mentorship. 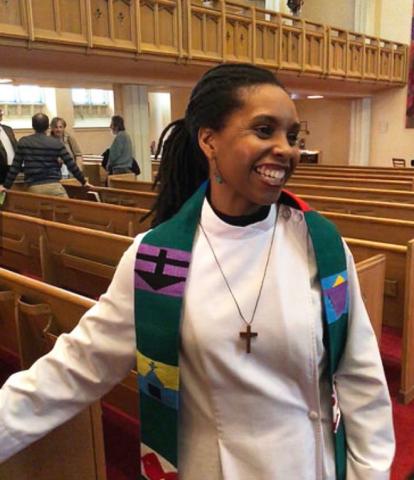 Row on row we stood… in the brand new courtyard… row on row of young girls in navy tunics or navy skirts, white starched shirts, ties, and polished oxfords. I wore my new navy blazer with its red school crest, because it was a special occasion. The Honourable Lieutenant Governor Lincoln Alexander was coming to our school’s reopening, so row on row we stood. I remember it was a bright autumn day, and it was so warm that I did not need my pea jacket. I thought, “This new private all-girl school is interesting! We get so much work done, though we still find time for daily chapel and events such as this.” I marvelled at how, row on row we stood... waiting. But, the Honourable Lincoln Alexander did not keep us waiting long.

As he proceeded along the walkway, amongst the craning heads searching for a glimpse of the first Black Lieutenant Governor, who had been the first Black Member of Parliament, Lincoln Alexander searched as well. He looked through the crowd, caught my eye, stopped and greeted me — one of the two Black girls in a school of 250. Then, he continued on his way, waving and smiling, and stopping once more in front of the second Black girl, a Prefect in a red blazer. We were the only ones; and the smallest of gestures — a stop, a nod or handshake and a hello… the way we were singled out in such a positive manner, remains with me. When so much of our young life, as people of colour, is characterized as “lesser than,” and is over-sexualized in media, and is confined to sports and dance… the Honourable Lincoln Alexander taught us that we were so much more. We were not invisible to him. We mattered.

It seems cliché that I reflect on representation during Black History Month, but I do. Without a history, without representation, there is no mentorship. Much of who I am now has been fed by the examples of ordinary people doing exemplary things while being Black. It is from this standpoint that I am not daunted but encouraged by the extraordinary Black people who have done amazing things in response to the Black struggle. During this month, I find myself reflecting on the strength of my body and how my ancestors were part of the few who survived the genocide of the Middle Passage.  I ponder on the resilience of my mind… reminding myself to read more, learn more, as my mentors Dr. Martin Luther King, Jr., Maya Angelou, James H. Cone did… as do Juanita Westmoreland-Traoré, Alice Walker, and Delores S. Williams. Of course, I also wonder… how can I be an example and fill the gaps of representation within The United Church of Canada? In The Cross and The Lynching Tree, Cone writes, “There is very little justice in any educational institution where the Black presence is less than 20 percent of the faculty, students, and board members. There is no justice without power; and there is no power with one, two, or three tokens.” (61) Dare I say that the same is true for the church? To think my presence and participation in any institution would make a difference is humbling. Yet, I think every ministry personnel would agree that we work within a privileged space as role models, decision makers, and justice seekers.

In the church hall, after every Sunday service, our late family friend the Rev. (retired) Lindell Brown would check-in with me. He would ask how my week went, what my upcoming weekly events were, and what things did I consider to be important. Oftentimes, as he would listen keenly to me organize my thoughts and feelings, he’d conclude with a wide knowing smile, “Oh Brigid, you don’t ask for much, you just want more….” When I shared with him, my Lincoln Alexander moment, he only nodded and said, “Perfect… just perfect.” Sometimes, it only takes (an intentionally placed and informed)* presence to know that you count. “Uncle Lindy” was right. I don’t want much. I. Just. Want. More.

— B. Maya Douglas is the ministry personnel at Queensville Holland Landing United Church in the Shining Waters Regional Council. She attributes her love for storytelling to her mother, and her work ethic to both her grandfathers who were headmasters of schools in Jamaica.

* When Jim White addressed the court at The United Church of Canada’s 42nd General Council, he warned us not to cut him off at the 90-second mark, and cautioned the court of having diverse representation as “window dressing.” His words must never be forgotten. Representation is not tokenism. One should expect the full participation of all present. Representation deserves equal respect.