Life May Not Always Go as Planned

Keith Simmonds shares his personal journey of resiliency and recovery through a period of depression and anxiety. 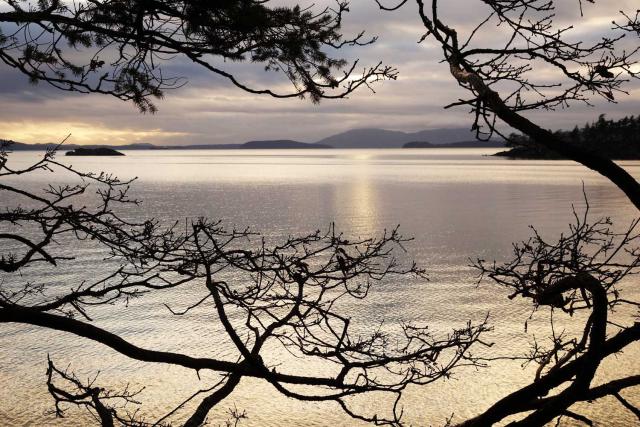 This is part of a special series of blog posts marking Mental Health Awareness Week, May 2-8, 2020.

We had such a good plan. I would serve as an Ecumenical Accompanier in Palestine and Israel for three months, and return home for a month’s vacation after handing over Bethlehem to the next team. Vacation time was to be spent figuring out next steps in communicating my experiences bearing witness to occupation. Such a good plan.

Home was, of course, home and not home at all. Trying to come to terms with myself as a colonizer two hundred years in, our cities built with tactics every bit as harsh (and harsher) than those deployed by Israel. “Except for the smallpox carriers,” I thought. “At least they can’t do that.” But now COVID stalks Palestine while Israel smirks in its superiority and talks about the failed state that cannot even help its own people. While here at home the virus roots through the Indigenous community next door and neighbours blame them for their poverty. Everyone is locked down, and have been, in one sense or another, since March 2020.

I returned to ministry in April 2020, and learned a lot about online worship and study and Facebook messaging. I offered witness as best I could. The learning curve felt as steep as some of the hills I climbed in Bethlehem, without the benefit of prayer in the Church of the Nativity or the Milk Grotto. Each day alone in the church, on screen. Always on. Everyday feeling more and more the weight of Via Dolorosa. Walking the Way of the Cross in Jerusalem. Standing apart from the crowds at Golgotha and the tomb.

In Jerusalem I’d often stop at the chapel dedicated to Simon of Cyrene, slip between the tour groups, stop and pray. Namesake and fellow carrier on the Way. Or so I thought. In April I could not seem to grasp Simon’s serenity amid the chaos of the crowd. By May I was shouting at our Board Chair, ostensibly over a key point of outreach. In reality, I was just done. Stretched thin and taut against the backdrop of my witness.

Counselled to go on restorative care leave by our Regional Minster, I contacted my doctor, our Ministry and Personnel Committee Chair, and the good folks in Toronto at the General Council Office who’d ensured my training, shepherded my time as an EA, vetted my blogs, given what debrief they could, and now offered the services of a psychologist. He spent a lot of time with me on video calls over the next couple of months. As did friends in ministry, some who were on their own journeys with mental health diagnosis, and my Spiritual Director too.

“Stress” might be a condition, but it is not a diagnosis, not a treatable circumstance. Depression and anxiety, defined by an inability to concentrate, to tolerate, to obfuscate, to just be, are treatable, quantifiable, scale-able.

There were folk I could have reached out to. Good friends. I just couldn’t muster up the energy, or the self-respect, or whatever it was I needed that I no longer had. I was pretty much empty. Folk at church were advised to leave me lots of space and that was good advice. I couldn’t give them what I needed to give them and the lack of that just dragged me down more. There were clandestine drive-bys though. Cards sent, baking dropped, flowers delivered. Rays of sunshine in the grey, drops of water on a parched soul.

We are fortunate to live in a rented, detached home with an accommodating landlord next door. I found myself again, gradually. Through conversations with friends and professionals and garden beds. Raspberries, tomatoes, carrots, beans, peas, and corn. Squash runners wild between them and slugs tossed home to rhubarb. Sod removed around the house, gravel laid down, and cedar boxes built to hold and nurture perennials and annuals. Edged in round river rock.

Recovery grew slowly, plump berries on thorny branches, pea pods hanging on the vine. Reaching for the fence top with sunflowers. We unearthed the camping gear, and camped out near the Salish Sea.

I walked the old rail beds daily. Elsa (our dog) and I, up and down the trail. Making the Chinese Graveyard, miles from town and White folks, our destination. Standing in wonder at graves still cared for. Builders, shapers, creators, silent on a silent hillside, soft in the greenwood. Stopping to rest beneath a cedar, slow-running stream watering Elsa, branches breathing God’s breath upon me.

As resiliency regrew, woven in walks and talks and crops, I began to speak with my doctor and psychologist about possibly returning to work. I could imagine half time, maybe in August? In mid-July I let the Restorative Care Plan know. After some back and forth, eventually the arrangements were settled and I returned to work.

People were kind and thoughtful and welcoming. The Board Chair accepted my apology with grace, although I’m pretty sure I’ve hurt our relationship irreparably. At 63, it’s not the first time I’ve caused harm and sorrow. Perhaps just the first time I’ve been able to come to some kind of terms with the events, the conditions, the diagnosis. I am not 100 percent. Not yet, maybe not ever. I wonder if I ever really have been.

I remain determined to live in the vanguard of those who would bring some clarity and balance to our largely undiagnosed system that breeds so much depression, anxiety, self-hatred, and abuse. Well past time, I know, for a change. As Jesus proclaimed in the Gospels, and sings in the Garden, the time is now. May it be so.

—Keith Simmonds is a diaconal minister, a former industrial worker, and political organizer. He and his partner Laurel Walton have five children between them. They live on Vancouver Island, where Keith serves the congregation of Duncan United Church.

For Mental Health Awareness Week, May 2-8, 2021 there will be a special series of live conversations with chaplains, ministry personnel, and Elders on our Facebook page, Monday-Friday at 12:00 p.m. EDT.