Learning to Be Black

Rev. Andrew Kinoti Lairenge writes that growing up in post-colonial Kenya, he did not know what it was to be a person of colour. It is in Canada that he is learning to be Black. 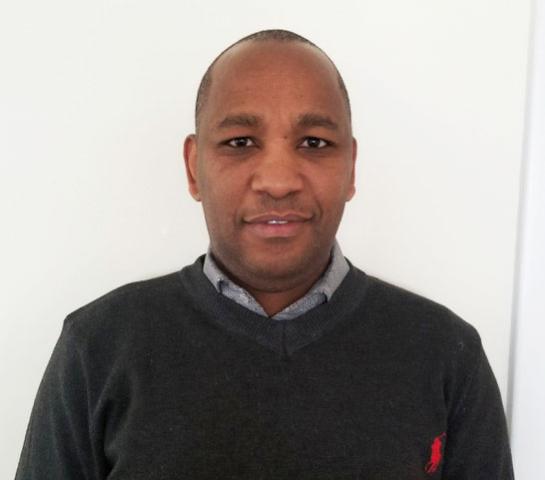 This blog post by Rev. Andrew Kinoti Lairenge is part of a series of reflections for Black History Month 2020.

For the Black History Month, I have been thinking, how did I end up in this country? To answer this question two historical dates popped up in my mind, 1833 and 1884.

The Slavery Abolition Act was passed by the British Parliament to end slavery in the British Empire in 1833. It took effect in 1834. In 1884, the Berlin Conference was held. Here, the powerful European nations and the United States met to divide the continent of Africa among themselves. It is after this conference that the whole of Africa, save for Ethiopia, became a colony of European countries. In a way, this is where my journey to Canada began.

The first official colonizer sent by the British Empire to colonize Meru, my people in Kenya, was a 26-year-old man named Edward Butler Horne. He had spent several years in Canada and Wyoming working both as a lumberjack and ranch hand. He was an accomplished hunter who was lured to Africa by the prospect of the big game.

With the experience gained in Canada, Mr. Horne subjected our people to the British by the power of the gun. Horne’s conquest of our people in 1907 started a long process of “creating us in the image of British Empire,” hence my English language. Following Mr. Horne’s successful colonization of my people, the Meru region became easily accessible by the United Methodist Church of England’s missionaries who had been offered Meru region by the colonial governor in 1900, but had not yet made inroads. The first Methodist mission in Meru was built in 1912. This explains why I am a Methodist minister who has found his way in The United Church of Canada.

Back to the first two dates that I began with. It appears the imperial establishment did not base the Slavery Abolition Act on altruism. If the 1833 act was really well meaning for the African people, why is it that when the Berlin Conference took place, Britain took the biggest loot?

The Berlin Conference was meant to “enslave” the African in her own habitat. She could now provide cheap labor and raw materials for Europe as a colonized subject.

But my people fought hard against colonization. The collapse of Apartheid in South Africa in 1994 brough to an end the official colonization of Africa by Europe. The effects of colonization still remain though.

Having grown up in postcolonial Africa, I did not experience direct racial discrimination, unlike my parent and grandparents. But finding my way in the United States, where I lived for two years, and later in Canada where I have been for the last nine years, I have had to learn new realities. In Canada, I had to quickly learn my new identity. I had to learn new terminologies like visible minority, people of colour, and racialized people. In my early days, I didn’t know if I fell in any of these categories. In Kenya I am just me. I am not a person of colour or visible minority! It is in Canada that I am learning to be Black!

As a recent Black immigrant to Canada, Black History Month has been a time when I remember and honour our ancestors who were shipped to this part of the world unwillingly. I honor my Black brothers and sisters whose ancestors were enslaved in this country as well as, the United States, the Caribbean, and many other places. I take time to learn and listen to their experiences in diaspora.

I also honor my African ancestors who fought colonization. Black History Month is a time to think on ways of undoing the effect of the Berlin Conference for the Africans in the Mother Continent. It is also a time to remind myself that I am not in Canada as an act of charity. I am here because somebody designed it long before I was born. I remind myself that I am here unapologetically. Actually, more Africans like me will continue coming. The simple reason is, a new generation of postcolonial children has come of age. They have mastered the art and the language of the colonizer. Above that, they know their rights in the new world order.

Even the institution that I work for, The United Church of Canada, will continue getting more and more Black clergy from Africa and the Caribbean. The question is, how much is the church ready to receive us? How much is the church informed about where we come from? Could it be a time to teach intentionally in our churches about the effects and outcomes of colonization, as well as ramifications of enslavement of African people?