Dismantling White Privilege in the Church

Shannon McCarthy writes about the ways she is learning to confront White supremacy in the structures of the church. 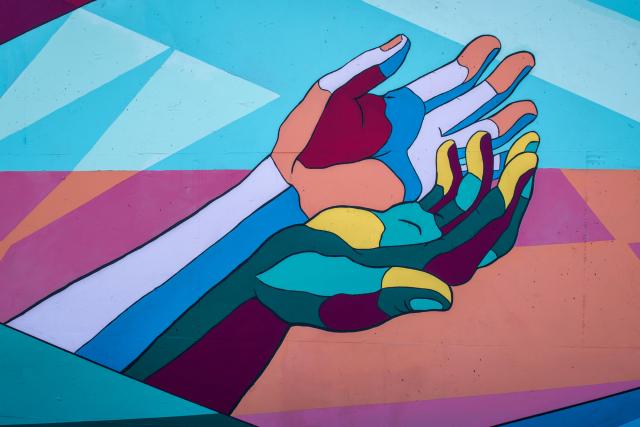 Credit: Photo by Tim Mossholder on Unsplash
Published On: March 17, 2021

This blog post is part of a series for the International Day for the Elimination of Racial Discrimination, March 21, 2021.

As an Executive Minister for Northern Spirit, Living Skies, and Prairie to Pine Regional Councils, my job is to work within the structure and system of the church. This includes ensuring that mission and ministry can happen safely and within the rules of the denomination. In recent years, since the restructuring from four courts to three councils, it has been to work with the Transition Commissions and Regional Council Executives to create structures within the Regional Council. As I have done this work, I have come to understand that systemic racism exists in our structures, our theology, and our polity as the United Church. If we can acknowledge that, we can begin to change it.

I am not sure exactly when I realized I was part of the problem of racism and not actively part of the solution. Like many White people, I would not label myself as racist. It has taken time for me, however, to realize that by not being actively anti-racist, by not recognizing my White privilege, by not understanding how White supremacy affects so much of who we are as an institution and country, I am also not doing my part to dismantle racist systems that are so rooted in our church. What I have tried to do as I came to these understandings is not let it immobilize me in inaction, to not throw up my hands and say “this is too big of a problem” and hide my head in the sand.

In my experience, sometimes the language around racism can create a barrier for those of us who are White. In such case, my gut reaction to that stark language was often “that’s not me, I’m not a White supremacist, so I can stop listening now.” Terms like White privilege, White supremacy, and racism were linked in my mind to groups like the KKK, Nazis, and ignorant jerks. These terms were language that I didn’t like to hear in relation to my own life, and especially to my church.

In order to get past that barrier, I had to begin to listen, to hear what people of colour were saying and to wrestle with my own White fragility and White guilt. It was a sermon given by former Moderator Rev. Jordan Cantwell at the very first Awkward Conversations event, held by the Alberta and Northwest Conference Intercultural Committee, when she used the term “White supremacy” and “White privilege” over and over. I remember feeling the words almost physically as she used them to describe the church, not as an intentional White supremacist organization, but as an institution in a country that has benefitted from the system of White supremacy.

Dr. Anthony G. Reddie was the main theme speaker at that event. My eyes were opened to how colour-blind policies and procedures can actually hurt people of colour, when the intention was that the system would be fairer if we took colour out of it. I learned that when it comes to racism, intention doesn’t matter — it is the impact that has the lasting effect. I began to recognize that as someone who had voice and agency within the system, I needed to be part of the solution or else I would be part of the problem. I began to listen to colleagues of colour more deeply. I began to hear the pain of their stories of racism in the church. I began to see the work that was already happening and the people who were working to dismantle the system. I began to learn more, to read more, to understand more, and to do more.

I have indeed learned and continue to learn. I have learned not to be afraid of making mistakes, to admit when I make a mistake and learn from it, and to be actively part of the solution even as my learning journey continues. This is perhaps the best I can model as an encouragement to those who are beginning to hear the voices of Black, Indigenous, and persons of colour. Their voices implore us to join and stand with them in this fight as we let go of some of our privilege — to give up something in order to gain far more together, as we keep on learning.

As the Chair of the White Privilege Working Group (recently renamed Dismantling White Privilege working group), that has now become part of the Anti-Racism Common Table, I hope to be a small part of moving our church towards greater understanding of what it means to be an anti-racist denomination. There is no doubt there are many people who were on this journey before me. And now, there are many of you who are beginning the journey, who will find a way to be a part of the conversation and action which is necessary to be an anti-racist denomination. Comparatively speaking, just like I stand on the shoulders of those who fought for greater inclusion of women and LGBTQA2+ people in our church, I hope one day those who come after us will look back and say “we are proud of our church for having those difficult conversations, for taking those brave steps, for hearing the cries of those in pain and for taking action.”

March 21 is the International Day for the Elimination of Racial Discrimination, think about what you can do, what you can learn, whose story you need to hear to help you move towards becoming anti-racist, not because it is popular or trendy, but because it is what God calls us to do.

— Shannon McCarthy is the Executive Minister for Living Skies, Northern Spirit, and Prairie to Pine Regional Councils. She is the former chair of the General Council’s White Privilege Working Group and a member of The Anti-Racism Common Table.  She began this work following a sabbatical where she spent her time focusing on power and privilege, decolonizing structures and understanding her own role and power in the system of the United Church. This arose as the regional councils she resources work to understand what it means to be intercultural.