Come, Join Me Under the Palaver Tree 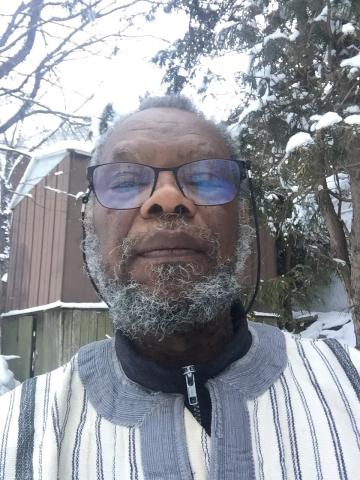 This blog post is part of our series for Black History Month 2021.

This February, I am inviting you to intentionally consider the following: Africa is not a country.

As a Senegalese living in Québec, it baffles me to realize that many people put “Africa” in the same breath as China, France, Spain, Canada, and Ireland. I want to scream “Africa is not a country!” Worse, some of them come to me and expect me to know about a friend they have in South Africa or Nigeria. I have even encountered queries like, “How are the animals? We cannot wait to complete paying for another safari. Africans are so nice with their bright outfits and their dances!” They were, of course, referring to a tour package that would give them access to a three- or four-star hotel, an air-conditioned bus, organized meals, and folkloric cultural evenings with excursions in guided animal parks for two weeks. Very little money ever reached their “hosts” and they would never be exposed to some of the harsh realities they have helped create.

Africa, after all, is a huge continent. It may easily accommodate within its borders China, the USA, India, Argentina, and New Zealand. And there would still remain some space to spare! Africa is a huge and culturally diverse continent. As big of a continent as it is, Africa, though, has suffered at the hands of colonialism and Christianity.

If you take a close look at a map of my native country (Senegal), you will see an enclaved sliver right in its middle (well, in its southern part). That would be Gambia (famously known for Kunta Kinte and Roots, Alex Haley’s semi-autobiographical novel). That map tells a thousand words about the evil and senselessness of colonialism and imperialism. It was at the 1885–1886 Berlin Conference when western European countries sat around a table and carved between themselves the African cake. England did not want France to have too large a coastal territory for itself, and so got a finger in the midst of Senegal, not minding that it was the same families and ancestral fields on each side. Portugal, for its part, got Cabo Verde (a cluster of islands off the coast of Senegal) and Bissau-Guinea (to the south). When locals nickname Gambia “the suppository,” they use humour to defeat oppression in the absence of armed struggle and showcase that they have not been duped. One would wish the present political leaders to rebuild and unscramble Africa its broken geography, and to repair the devastations started by colonialism and perfected by their own neocolonialist doings. On January 01, 2021, the African Continental Free Trade Area (AfCFTA) came into action. Could this be part of the solution to correct the brokenness colonialism brought to Africa? Or would this only further serve the interest of global capitalism?

Some may ask, could good Christians—besides radical militants influenced by liberation theologies—put so much emphasis on earthly things and economics? My answer would be, “In no uncertain term, yes—for every single true disciple of Jesus the Christ!”

The image of missionaries holding the Bible in one hand and the colonial flag in the other is not just a product of the imagination. I still feel my very painful surprise when a well-intended colleague proudly brought my attention to a drawing in the middle of her church with this inscription: “To God and Empire!” My heart shrinks to this day when I remember the event.

Truth be told, the involvement of the princes of the Church in imperialistic and colonial exploitation has been well documented and often bragged about. The same theological authorities who decreed that “the savage Indians must be killed to save their souls” also put out the emphatic doctrine of “black ebony” by which we Africans did not have souls. For this reason, we were thus fit to be considered as living ebony, barely above the state of an animal. This was the justification of the Black Code, that sulfuric official document issued in 1685, by which the boats of his Majesty Louis XIV were to be stuffed by that new and expandable commodity which can only be found in Africa. Like it or not, the Church had its hands in the horrific exploitation of millions of enslaved God’s children throughout the Atlantic and Indian Ocean slave trade.

In a way, the term “Enlightenment” is an oxymoron when I realize (along with historian Cheikh Anta Diop) that it was also the time of the darkest pseudo-scientific theories about my ancestors.

As a child of Senegal, Gorée Island’s House of Slaves, with its “door of no return” is forever associated with a cruel dilemma: how was it possible in God’s name that the same place is used to demonstrate the service of love from the church’s leaders?

In truth, many more lessons and stories of the Maafa (African Holocaust) have still to be told and learned, as today throngs of Africans are still being killed in the Mediterranean Sea and the Atlantic Ocean.

—Pastor Samuel Vauvert Dansokho. A natïve of Saint-Louis (Senegal), the Rev. Dr. Samuel Vauvert Dansokho was ordained a minister of the Eglise Protestante du Sénégal in 1982. He earned his Ph.D. at Chicago Theological Seminary and taught for ten years at Hood Theological before crossing the Saint Lawrence River in 2012 for parish ministry at Saint-Pierre et Pinguet. He presently serves  Plymouth-Trinity United church in Sherbrooke. Samuel is a member of the Executives of La Table des ministères en français and the Conseil regional Nakonha:ka Regional Council, and of the General Council.