Acting Together for Ukraine

Your support is helping to provide shelter, clean water, food, and medical attention. 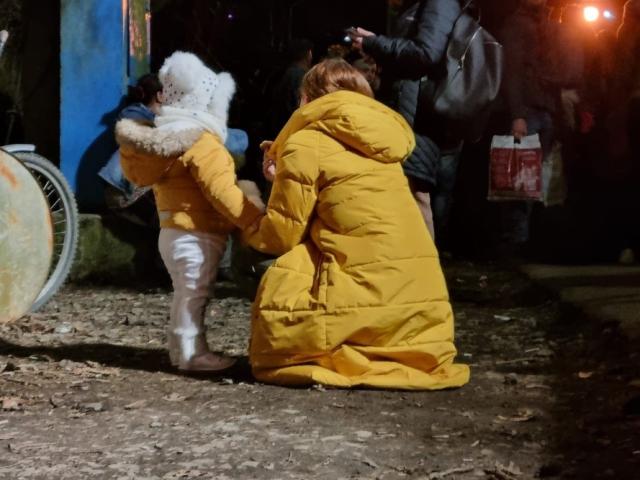 We are stronger together, and what affects one of us affects all of us. These two truths have become even more apparent as the invasion of Ukraine continues to cost precious lives and rapidly create a humanitarian crisis. The United Nations reports that millions of people living in the Ukraine, displaced from their homes, are seeking refuge in neighbouring countries. Many have lost friends, loved ones, and property; struggle to meet their basic needs; and face an uncertain future.

In the face of this growing crisis, communities of faith around the world are taking action to offer support.

Spanning 127 countries, the Action by Churches Together (ACT) Alliance is the world’s largest network of Protestant and Orthodox churches and agencies, including the United Church. Your generosity through Mission & Service has long supported ACT’s humanitarian relief and advocacy efforts.

Right now, your ongoing support through Mission & Service as well as special emergency gifts are helping to provide shelter, clean water, food, and medical attention. What’s more, the impacts of war in Ukraine are affecting food security for regions that depend on its agricultural production, including in some areas where global partners are responding.

The New Humanitarian news site reports that Yemen imports half of its wheat from Ukraine and Russia, 22 percent of corn imported to Spain comes from Ukraine, and Lebanon relies on Ukraine for up to 60 percent of its wheat and has only about a month’s worth of reserves.

“Conflict is one of the main reasons that hunger is rising in the world, and Ukraine represents a stark example of how that happens,” states Musu Taylor-Lewis, Canadian Foodgrains Bank director of resources and public engagement, in an interview.

United Church Moderator Richard Bott condemned the invasion in a statement released in early March stating that the act of aggression contravenes the Charter of the United Nations (UN) and represents a serious violation of international law. “We call on all parties to immediately cease hostilities and to undertake action to restore peace,” he writes, urging the church to hold the people of Ukraine in prayer and “explore whether there is a Ukrainian Catholic church, Ukrainian Orthodox church, or Ukrainian community centre close to you to whom you might write a letter of concern and solidarity or extend solidarity to people of Ukrainian descent in your community.”

Thank you for all the ways you express compassion and care and for faithfully supporting Mission & Service. By acting together, we can be there as a worldwide church community when and where it matters most.

“How Russia’s invasion of Ukraine will worsen global hunger,” The New Humanitarian (2 March 2022).