Some Christian beliefs perpetuate antisemitism and anti-Judaism throughout the liturgical year. How might these practices be challenged and changed? 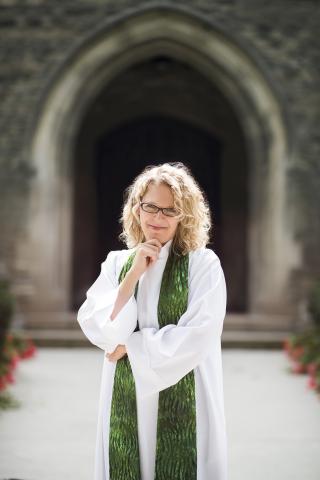 I do not consider myself a singer, but I have always loved sounding out the alto line during congregational worship. It was a slice of heaven to join the massive chorus in my university’s performance of the Christmas portion of Handel’s Messiah. We practiced all autumn long, long enough for the weaving of the voices, the intonation of the recitatives, and the glory of the arias to take root deep in my memory.

Some of the classic texts in the Messiah come from the book of Isaiah, which we read in this year’s Advent lectionary. Handel’s music proclaims the scripture: ”For unto us a child is born; unto us, a son is given…and his name shall be called Wonderful Counselor, Almighty God, the Everlasting Father, the Prince of Peace” (Isaiah 9:6).

Unto us a child is born! Christians through the ages have read this passage as if it were written precisely for us, a prophecy of the child whom we would call the Prince of Peace. How often do we stop to think that these passages were not originally written for us? How often do we remember that they continue to be sacred texts for the Jewish community?

It is relatively well known that the passion narrative, the story of the end of Jesus’ life, has incited antisemitic violence during Holy Week. Jesus was a victim of imperial Roman state violence, yet the problematic rhetoric of the Gospel of John appears to blame the crucifixion on a group called “the Jews.” Christian worship leaders need to be vigilant about not perpetuating the sins of Christian anti-Judaism and antisemitism during all parts of the liturgical year.

Anti-Judaism: using negative stereotypes of Jewish people and Judaism, often in contrast to Christian teachings. Antisemitism: hatred and discrimination against Jewish people. In practice, these tend to reinforce one another.

It is easy to become complacent amid the warm, fuzzy traditions of December, but Advent holds challenges for unintentionally perpetuating antisemitism as well . I cannot read Isaiah 9:2—"The people who walked in darkness have seen a great light”—without hearing Handel’s aria. The word “darkness” wanders a sneaky, winding path in B-minor at the lowest reaches of the bass soloist’s range. Just who are these people wandering in darkness, the people who need the Light of the World? Over the centuries, far too many Christian interpreters thought that Jewish people were being stubborn by refusing to acknowledge Jesus as the Messiah. This mistaken belief continues into present day, and ignores the reality that Jesus himself had a Jewish identity.

For example, an antisemitic interpretation, popular with Christians over the centuries, is supersessionism. In this influential view, Christianity supersedes or replaces Judaism in God’s plan. The Church becomes the “New Israel.” Along with the memorable tunes of Advent, these themes have taken root in our collective memories.

For generations, Christians have consciously or unconsciously rehearsed anti-Jewish theological habits.  Unfortunately, antisemitic habits are deeply rooted in Christian memory, and they continue to damage Jewish-United Church relations today. This can change.

We uproot anti-Jewish habits by learning about and respecting differing interpretations of the sacred texts that Jewish people and Christians share.

Be curious about Judaism. Reading the Bible is not the same as learning about Judaism as it is practiced today. It’s not uncommon for Christians to think of Judaism as something that simply came before Christianity, or that it got frozen in time in the first century. Both today and throughout history, Judaism is diverse. Christians who assume that Jesus is the Messiah may be surprised to learn that this term has been identified with other saviour or liberator figures, and that some Jews are not waiting for a Messiah at all.

Update your theology…and your Advent music! The United Church study, “Bearing Faithful Witness,” affirms that the divine covenant with the people of Israel continues to this day. Your congregation or Sunday School group can use this study to examine and uproot harmful antisemitic themes. For example, before you sing “O Come, O Come, Emmanuel” this season, consider the anti-Judaism embedded in the lyrics depicting “Israel” as captive and exiled, and commanding it to “rejoice” at the appearance of God’s Son. Alternative lyrics for “O Come, O Come, Emmanuel” can be found in the Worship Ideas section in Advent Unwrapped and in this video.

As we learn to sing new songs in the company of one another, new melodies will take root, and our lights will burn more brightly.

Michelle Voss Roberts (she/her) is an ordained minister in The United Church of Canada. She serves the church as a theological educator at Emmanuel College in the Toronto School of Theology, where she is professor of theology, past principal, and director of the Centre for Religion and Its Contexts. Her teaching integrates the study of Christian theological traditions with theories of gender and sexuality, disability studies, and religious pluralism.