Wishing for a Better World

Rev. Cindy Bourgeois considers how a world without transphobia would improve the mental health of trans people. 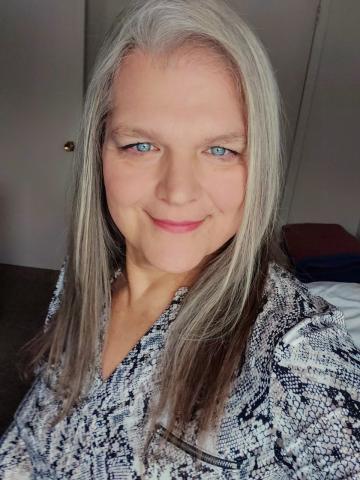 I realized I was trans when I was 11. It came suddenly to me. This was the early 1970s, and while our media likes to suggest trans children came into existence around 2005, I was a transgender child in the 1970s. Although trans people existed, I had no experience or knowledge of trans people. But was it clear and true. I am a girl. Even though I was only 11, I was old enough to know there was something deeply wrong with this. How could this be? My internalized transmisogyny made me ask, “Who would want to be a girl?” There are boys and there are girls. Everyone knows that. And to be called a girl is an insult.

I was devastated. I couldn’t understand my feelings, my desire to be a girl. I wished and wished that these feelings would go away and that I could be normal, but the call to express myself was clearer than any siren call in Greek mythology. And so I did. And when I did, there a feeling of relief, of contentment, and a feeling of peace.

However, when forced to return to the world, these feelings would be followed by feelings of shame and depression. The psychiatric industry has created a label which they call “Gender Dysphoria.” The theory is that I and other trans people are unhappy with our bodies, and this causes dysphoria, and that along with this dysphoria comes shame and depression. While there can be no arguing with the extremely high rate of depression among trans people, I am not so sure the psychiatrists are right.

And what I am suggesting is that my depression was not caused by a gender dysphoria or hating my body, but instead by a transphobic society that would not allow me to express myself. My depression was a logical and helpful response to being an object of ridicule in the media, being told that I am a threat to cisgender women by so-called radical feminists, and that I’m an abomination by conservative Christians. My depression has little to do with being trans and everything to do with being hated by the society in which I live.

And I’m often told that it’s getting better, and in some ways, it is, but there is currently a rise in anti-transgender sentiment. In both the United Kingdom and in the United States, there is a rash of legislation denying health care to transgender children. So-called liberal publications like the New York Times, The Guardian, and The Atlantic consistently publish opinion pieces debating the humanity of trans people. Even if it is getting better, there is still a deadly level of transphobia in our society.

I wonder what it would mean that instead of wishing I am not trans, I wished I lived in a world where transphobia was no more. I wonder what it would mean if everybody who doesn’t hate trans people wished for a world where being trans was not only accepted but perhaps even celebrated. Maybe if we did that, we could improve not only my mental health but the mental health of every trans person who is struggling in this broken world.

—Rev. Cindy Bourgeois is the first trans woman ordained to a mainline denomination in the world. She has authored many articles and presented papers across the Americas exploring transgender ancestry in the Christian tradition. She is serving in her last year as co-chair of Affirm United/S’Affirmer Ensemble. Cindy currently lives in Toronto where she is staff to an aging cat.