Where is the Conversation about Mission?

“I am unapologetic in advocating that we are still a church… a body of people called to do something.” 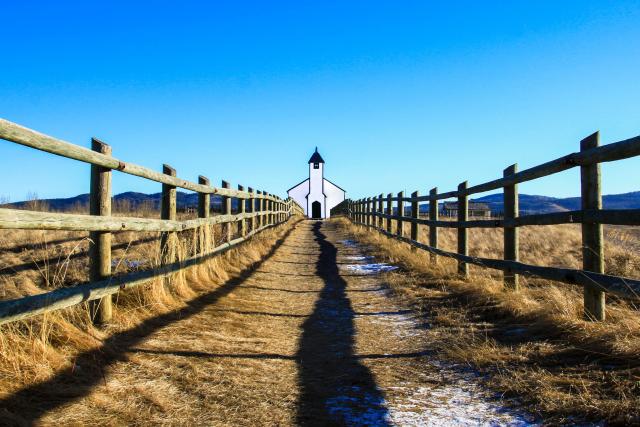 At the end of September 2017 the commissioners of the 42nd General Council will gather electronically for the reconvening of General Council. This purpose of reconvening the General Council will be to further the work began by the Comprehensive Review Task Force to make structural changes to The United Church of Canada. Yet these changes will not become final and definite until they are confirmed by the 43rd General Council, which will be held in July 2018. Like it or not, the next 15 months (October 2017 – December 2018) will be a definitive period of preparing for change.

For the next year and four months all levels of the church’s administration will be involved in discussions and planning for change. Talk of change, the dissolution presbyteries and Conferences, the establishing of regions and their sizes, an office of vocation, and a new name for General Council (i.e. Denominational Council) may well become the staple conversation across the church. As our time and energy become consumed by these important discussions one cannot help but get impression that these changes are being seen as a sort of panacea for the church. A sort of magic medicine that will cure all the essential problems of The United Church of Canada. The impression can be had that when these changes are completed we will have a more efficient, vibrant, and relevant United Church of Canada, ready to minister to the needs of the Canadian societies (the plural is intentional) and the world.

But will it really?

From where I stand it seems that the changes now being finalized by the church do not address the issues of the mission of the church. Instead they seem largely to be concerned about the falling finances of the church, the need for a more sustainable way of supporting the apex of the structural hierarchy (i.e. the General Council), and the question of who has the power to do what within the church. These concerns must not be minimized as, with few exceptions, the operations and support offered by the General Council to congregations, mission projects, and outreach programs is important.

The issues surrounding the structural changes are important but I wonder how all-important these are to us being church?

Fundamentally the current financial concerns of the church can be linked to the fact that the average number of people worshipping in congregations has declined. With this decline is the reality that the church is ministering in the context of an increasingly areligious society. Indeed, I would argue that the decline in the worship population and the decrease in vibrancy, more than the dismantling of presbyteries and Conferences, are the main concerns of many congregations.

As such, at times there seems to be a disconnect between the issues of the mission of the church and the issues that are occupying our time and energy. It is unfortunate that thus far in the discussions there has been little airtime given to clarifying what is the mission of The United Church of Canada, and very little discussion given to the relevance of the church in the current world.

I am not suggesting that the church attempt to return to the so-called glory days, when Sunday Schools were bursting at the seams or when congregations were large. No, those days are gone and the jury is still out if they were in fact glorious. But what has not gone is the reality that an understanding of mission is what shapes our ministry. Indeed, it is our understanding of ministry which will determine the programs, activities, and direction of the church.

I am unapologetic in advocating that we are still a church. The etymology of the word “church” suggests that we are a body of people called to do something. From early in its history the church understood that its reason for existence was not simply to be doing good work, but to carry out its mission. Up to this point, however, there has been no meaningful discussion about the mission of The United Church of Canada in any of the current discussions within the church.

Structural changes are important, do not get me wrong. Indeed, changing the structures of the church may offer temporary relief to the current finances of the whole church. It may even cause us to be more administratively efficient. But these benefits will be ephemeral or short lived if they are an end to themselves. Until we engage the issues of the mission of the church for 21st century Canada and world in meaningful ways, then we may well be back at the point of contemplating structural change at some point in the future. Structural changes, no matter how important, are not all important to the life and strength of the church.

So, until then we will be involved in the important discussions about three councils, the number and size of regions, etc. May God give us the insights and gifts we need to engage this discussion effectively. But let us hold in our consciousness that there is still another discussion that must occur and we cannot put that discussion off for too long.

—Paul Douglas Walfall is the ministry personnel in the Fort Saskatchewan Pastoral Charge in the Yellowhead Presbytery, Alberta and Northwest Conference. He originally hails from the island of Jamaica and was admitted to the Order of Ministry of The United Church of Canada in 2013.