What Is at Stake in Celebrating Asian Heritage Month?

Incense is used in most Abrahamic and non-Abrahamic religions and Indigenous spiritual practices but missionaries banned it as superstition. 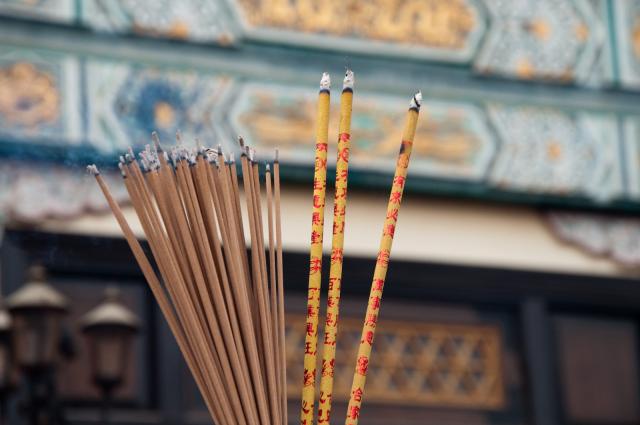 To be candid, when I received an invitation to create a worship service and Bible study for Asian Heritage Month 2018, I hesitated at first. I am grateful for this opportunity to share why I accepted.

Why me? I wondered, when I was asked. Is it because I am “Asian?” There is nothing politically incorrect or derogatory about calling me that, but still, this identification is never easy to accept. Judith Butler writes, in Vulnerability in Resistance, that names, categories, and descriptions are applied to us before we even begin to change them or make them on our own. This rings true for me. I was never identified as “Asian” until I came to Canada. The label was applied to me before I was able to articulate what that meant for me. The label “Asian woman” is only applied to a woman when she is outside Asia, usually before she identifies herself as such. When I arrived in Canada I was made to represent all of Asia and all Asian women as if it were natural that, as an “Asian woman,” I would be able to do so.

As a scholar, I have researched how the term “Asia” came about and what it means or points to. I learned that the very notion of Asia is a colonial construct and the product of a Western colonial gaze. It is a name used to differentiate those who migrate into or who are subsumed by the colonial or non-Asian space, in my case, Canada. (I wrote about it in What Young Asian Theologians Are Thinking, edited by Leow Theng Huat.) The application of the term “Asian” to me implicitly communicates that I am not from here, even though legally I am Canadian. I do not hold any other passport. As long as one thinks that Canada is a White European space, such representation makes sense. But is Canada a White European space? What is the cost and the loss of viewing Canada that way? What is at stake?

Or do we all in Canada and The United Church of Canada want to move beyond the White space? Can we create a different space, where different people from different places, now called Canada, co-dwell in peace and with respect? This ability and responsibility must include honouring and acknowledging the First Peoples to live on this land. Unless one is Indigenous, everyone is an immigrant, coming from somewhere, some time ago, and having decided or happened to make Canada home.

That is why I decided to accept this invitation to create a worship service—Surrounded by So Great a Cloud of Witnesses—and a Bible study—Scripture and Incense. The seemingly tokenizing gesture of allocating May as Asian Heritage Month is a really modest step that contributes to creating a country (and a church) as a space where different cultures, ethnicities, languages, traditions, and practices are recognized as valid and celebrated as valuable.

I chose to talk about burning incense, a ritual and religious practice many people of Asian heritage do at home and at sacred places. The burning of incense is found in most Abrahamic and non-Abrahamic religions and Indigenous spiritual practices. Yet, White missionaries came to Asia and banned the burning of incense because it was deemed superstitious. Many Asians who became Christians find themselves conflicted by this teaching; most giving up their ancestral tradition and wisdom, while some resisted this exclusive and chauvinistic view of Christianity.

In fact, Psalm 141 connects the burning of incense with prayer: “Let my prayer be counted as incense before you” (v. 2). Judaism has a long tradition of incense use, going back to the tabernacle in the wilderness (Exodus 30:8, 34). Burning invokes the Spirit. The smoke in the air symbolizes and connects the dead and the living. While there are many and different reasons and ways to use incense as prayer in worship, burning incense can be considered as an intercessory way to honour ancestors, saints, and the dead.

As we set out to move beyond the White space and create a different vision of Canada and the United Church, perhaps we can honour our own Christian traditions and ancestors who went before us by burning incense, knowing and praying that our life is not ours alone but is part of a diverse past and leads to a new and surprising future.

—The Rev. Dr. HyeRan Kim-Cragg is Lydia Gruchy professor of practical theology at St. Andrew’s College, Saskatoon, and author of a 2018 worship service and Bible study for Asian Heritage Month.