What Makes Us Protestant: Why Just Two Sacraments?

A sacrament is a visible sign of an invisible grace. 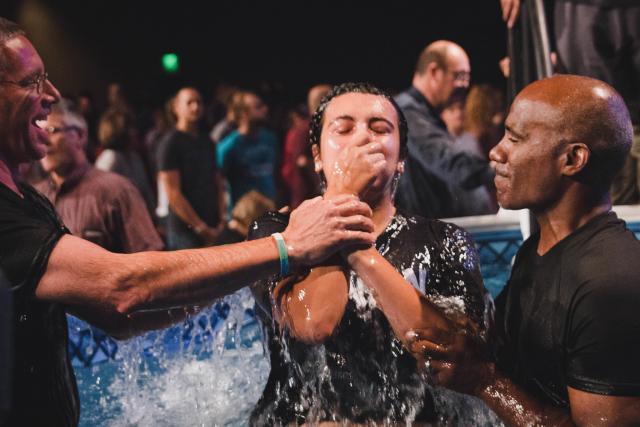 October 31, 2017 marks the 500th anniversary of the Protestant Reformation, an important date in the history of the United Church and for Reformed Churches around the world. To commemorate the occasion, we are publishing a series of blog posts by Trisha Elliott on "What Makes Us Protestant." Take a look at all the blog posts in this series.

Why do we have only two sacraments? The short answer is because Jesus commanded his followers to share two sacraments: baptism and communion. In Matthew 28:19, Jesus tells the disciples to baptize “in the name of the Father and of the Son and of the Holy Spirit,” and according to Luke 22:19, Jesus’ final meal crescendos with a command: “Do this in remembrance of me.”

The word sacrament comes from the Latin sacramentum, which means an oath or a solemn vow. In the mid-16th century, the Council of Trent defined a sacrament as “a visible sign of an invisible grace.” It’s not that rituals like marriage, confirmation, ordination, etc. lack grace or that there is no biblical basis for them, but in their zeal to call the church to measure its actions against Jesus,’ the reformers argued that none of the sacraments apart from baptism and communion were commanded by Christ himself in the Bible.

But they disagreed on how Jesus is present in the sacraments, especially the sacrament of communion. Whereas Roman Catholics held to transubstantiation (the view that the communion elements of bread and wine actually become the real body and blood of Christ), Martin Luther argued for consubstantiation. He claimed that the elements don’t literally become the body and blood of Jesus but are “in, with, and under” the elements in a spiritual way. Luther disputed bitterly with Ulrich Zwingli, a Reformation leader from Switzerland who believed that the Lord’s Supper is a commemoration of a past event and that the sacrament itself is not a vehicle of grace but a sign that grace has already been received.

The theology swirling around baptizing babies was nearly as controversial as that of breaking bread. Whether or not it is appropriate to baptize babies was the major point of theological departure among reformers where baptism was concerned. Those in favour maintained that grace is conveyed through the sacrament, so having a reasoned faith isn’t required.

The so-called “radical” reformers like Thomas Muntzer and Andreas Karlstadt, who disagreed not only with the Catholic church but also the growing Protestant movement, understood baptism as a ritual symbolizing the forgiveness of sins—if you can’t understand your need for forgiveness, you can’t be baptized. Mennonites, Hutterites, and Amish are descendants of this stream of the Reformation. For these groups, baptism represents both forgiveness of sins and entry into church membership. These groups continue to practise adult baptism today.

What do you think?

2. Do you think of communion more as a “communion” (a union with Jesus), a “eucharist” (from the Greek eucharisteo, meaning act of thanksgiving), or the “Lord’s Supper” (a ritual of remembrance)?

3. Do you think the bread, wine, and water are transformed in any way during the sacrament?

For worship materials for Reformation Sunday—including a bulletin insert for the 500th anniversary of the Protestant Reformation on October 31, 2017—see the Worship section.