Forgiveness is about being set free of whatever binds us, so we can become whom God wants us to be. 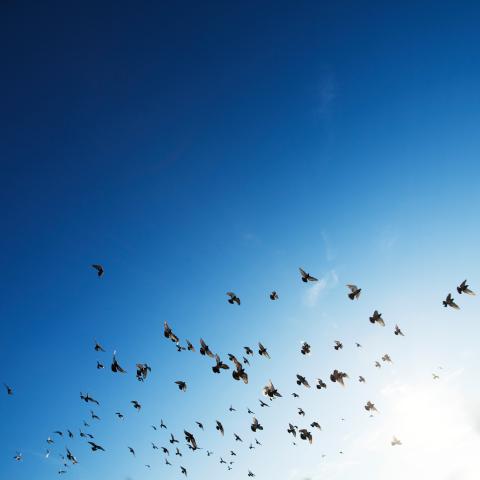 Credit: Photo by Rowan Heuvel on Unsplash
Published On: September 20, 2019

In the dog days of last summer when most of us were ignoring the news cycle, word came across my phone apps that that US-based Chase Bank was forgiving all outstanding debt owed by users of its two Canadian credit cards.

No debt. All wiped out. I wish I had one of those cards!

CBC reported, “"I was sort of over the moon all last night, with a smile on my face," said Douglas Turner of Coe Hill, Ont., after learning he's off the hook for the $6,157 still owing on his now-defunct Amazon Visa. "I couldn't believe it."

It was no April Fools joke; it was for real. Can you imagine the feeling?

Chase Bank wasn’t being altruistic; they did a cold-blooded cost benefit analysis and decided to cut their losses. It was more expensive for them to chase Canadians for those sums than it was to close up shop in the whole country and lay off their debt collection staff. And yet, even though the bank didn’t do it for altruistic reasons, none of those people who were forgiven will ever forget what happened. And I bet if they ever move to the States, Chase Bank will be high on their list of American service providers.

A couple of weeks ago in church we were talking about slavery. Someone pointed out that, while we may not have slavery in Canada anymore, when people are crushed by debt it’s really not very different. Debt means life is limited; options disappear; someone else (often a nameless, faceless entity) has control of everything you want to do, and your quality of life plummets. Debt enslaves, damages relationships, degrades our sense of ourselves and our future. And yet statistics show that more and more of us are sinking deeper and deeper into a morass we don’t know how to get out of.

Does it have to be this way? Do we have to live on the edge? Is there a way out?

In this week’s Scripture, Jesus tells a story of how a whole community of debtors got forgiven. It makes you stop and think about what freedom really means; what forgiveness is all about; how desperately so many of us need a clean slate and a fresh start, in order to become the people we were always meant to be. It doesn’t matter that the so-called Unjust Steward forgave all those debts for selfish reasons; the impact on the debtors was enormous. It changed their relationships with him … and with his boss too. Just like with Chase Bank, forgiving debts has a ripple effect that’s enormous, and positive, and lasting. It might even make the news!

Forgiveness is about being set free of whatever binds us, so we can become whom God wants us to be.

Can God do that? Can we do that for each other? What would we need to change in our lives, in our spending, in our economy, in our church … to set each other free?

— The Rev. Stephen Fetter is the minister at Forest Hill United Church, an intercultural congregation in Toronto. He’s also the coordinator of United-in-Learning, the General Council’s online continuing education program.