Kenji Marui asks if we have confused “unity” with “uniformity”? All may be one, yes! But not that all may be one-and-the-same. 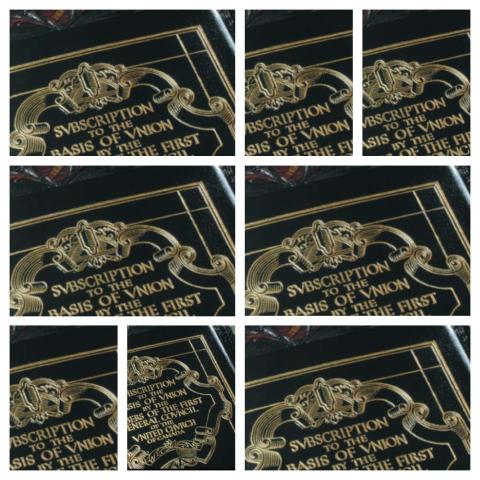 Credit: The United Church of Canada
Published On: June 9, 2021

Don’t get me wrong, I love the United Church. I love what it aspires to be, building on ideals of collaboration and partnership. I am deeply embedded within its ranks as ministry personnel, active and involved in regional and national committees. This institution contains my professional credentials, populates my peer group, nurtures and refines my call, gives meaning to my days.

In this United Church, we seek and strive to be better followers of the risen Christ, seeking justice, loving kindness, walking humbly (Micah 6: 8). We declaim and denounce human constructs of gender, sexuality, ability, and race that impose an understanding of “normal” that divides and discriminates. Except… as our United Church continues on a critical review of privilege, colonialism, and empire, I wonder if we’re poking at splinters and specks in others’ eyes while ignoring the beams and logs in our own (Matthew 7:5)?

These days I’m fretting over a fear that our devotion to church union and unity has a functional consequence of erasing diversity. Have we confused “unity” with “uniformity”? As the decades slip by, has this church become a melting pot, an agent of cultural assimilation? Our Methodist, Presbyterian, Congregationalist, and Evangelical United Brethren families of origin serve as tokens of trivia, items for intermittent interest, with little relevance for our current United Church. That was then, and this is now, and we are united! We are a new(ish) creation!

Even in this new(ish) thing, we are still mired in establishment thinking, possessed of assumptions that all should join in the union. That we are a “united and uniting” body plays into a narrative of imperialism, of conquering difference, of expecting to incorporate others within our numbers, expecting them to change themselves to fit in. Like so many proposed congregational amalgamations: “YES, absolutely! We’ll be happy to have them join us!”

We expect newcomers to learn the established ways and merrily go along with every unstated tradition and adhere to every unspoken rule. We expect newcomers to look, dress, and speak a certain way. We are surprised when their favourite hymn falls outside of the regular rotation of European composers and lyricists. We make a big deal when their contribution to the potluck supper looks, smells, and tastes different. We use “we” and “they,” “us” and “them” an awful lot.

To be united, when entering into union, do we lose sense of individual self and identity? Do we surrender our heritage and history to the dominant group if we don’t match its inherent culture? For Black, Indigenous, and People of Colour who find themselves an overwhelmed minority in a White church congregation or denomination, the spiritual and mental cost of justifying, rationalizing, accommodating to feel like they belong is immense. Is it worth the price?

The recent discovery of 215 children’s undocumented remains on the former site of the Residential School in Kamloops, BC makes clear the folly of uniting an entire country under a singular identity. The obsession with unity easily becomes oppression of difference. In this moment, we are all united in our grief, anger, and sorrow – but even this common experience is diversified and contextual among settler, arrivant, and Indigenous peoples.

To truly become the United Church that we espouse to be – inclusive, equitable, intercultural, a true beloved community – maybe we need to back away from the golden calf of church union. Or at least examine more closely the attitudes that erase and patch over the uniqueness and differences of all its people.

Don’t get me wrong, even as I cast a critical reassessment on church union, I still love what it aspires to be. Our history describes the movement leading to Church Union in 1925 as an amicable coming together of three (technically, 2.7) denominations (plus one in 1968) as the fulfillment of Jesus’ Gethsemane prayer that “all may be one” (John 17:21). All may be one, yes! But not that all may be one-and-the-same.

We need to make that distinction because it is important and integral to who we seek to be as communities of faith, as witnesses to Christ’s ministry of inclusion and advocacy, as places of sanctuary and belonging. Our past set us upon this course, but our present efforts to become a decolonized, anti-racist and affirming denomination will direct us to a new future together. May it be so. Amen.

– Kenji Marui uses “he/him” pronouns and is part of the pastoral team at Grace United Church in Sarnia. He also is a member of the Antler River Watershed Regional Council Executive and the national Anti-Racism Common Table.