Struggling to Adjust to COVID-19 in Korea

John Egger reports on his experience of ministry in Seoul, Korea during the time of pandemic. 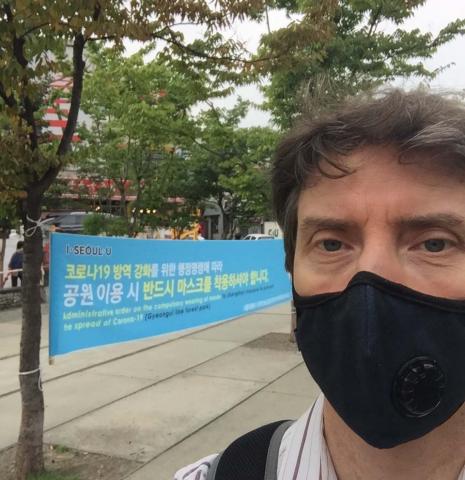 As I write this, Seoul has eased up again on its COVID-19 restrictions, bringing them back down to level 2 after being up at what they described as “level 2.5” for several weeks.

At the beginning of September, the number of cases in Korea started to surge, especially in Seoul. The government, recognizing that this might be the beginning of a “second wave” of the pandemic, made the decision to raise the level of restrictions in Seoul. First we went from level 1 to level 2, then to level 2.5. (Level 3 is the highest level, and the government was reluctant to go that high unless it was absolutely necessary.) Churches and nightclubs were closed, coffee shops were restricted to takeout or delivery, work places were required to reduce their staff, and people were encouraged to go out in public as little as possible. For Koreans, this was a big deal, because they had never really gone into lockdown in the spring like we did in North America.

Needless to say, my life here in Seoul has been affected. My Korean classes went from being in-person to online. For a week I was asked not to go in to my work at the General Assembly Office. Now when I go into a grocery store, a machine detects my temperature and a little green light beeps to indicate that it is okay for me to enter. When I go out for a walk, park benches have been roped-off to prevent people from congregating. Masks are required everywhere in public. Koreans seem to have little trouble with this, as it has been a mask-wearing society for years, but practising social distancing is another story. Keeping more than one metre away from other people in Seoul, a city of ten million people, is impossible, especially on the subway. Whenever I get on a subway car, I immediately stake out a position with my face up against the door, as far away from other people as possible—this is my strategy for getting home safely in Seoul rush hour. 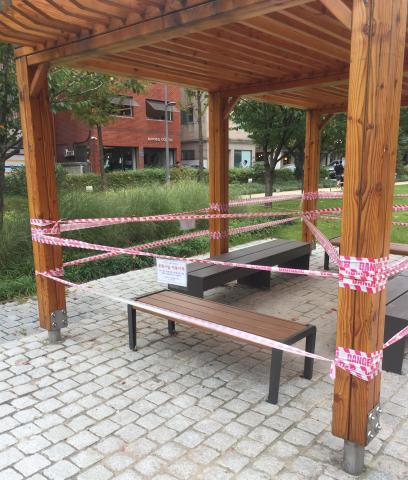 COVID-19 has presented a particular challenge for the churches. There are more churches in Seoul than in any other city in the world (nearly 10,000 by one count), and unfortunately churches have become primary locations for the spread of the virus. In fact, the latest surge was traceable to clusters spreading from two churches in Seoul. As a result, church services are perceived by the general public (if not by the members) as super-spreader events. At the same time, churches were slow to implement restrictions, and have gained a reputation for being lax about safeguards. Many never restricted their worship services until they were required to do so this month. Even before the pandemic the churches in Korea had acquired a bit of a reputation for putting their own well-being before that of the wider community. COVID-19 has only added to this perception. In the past the churches have enjoyed much privilege and respect, but it seems to me that in some ways the churches in Korea have lost their innocence. When it comes to COVID-19, churches are perceived to be more a part of the problem than the solution.

Such is the situation that the church in Korea finds itself in. Being in a position of privilege has its drawbacks. In some ways, this applies more to the other churches than the PROK, but they are all tainted with the same brush. The Presbyterian Church in the Republic of Korea established its reputation over the decades as a leader in the movement for democracy and human rights. It is now having to rediscover its call as a voice within Korean society for change and transformation, but it will not be easy to restore public trust. It is exciting for me to be working on behalf of the United Church of Canada as a partner with the PROK as they rediscover how to be the church in Korea in this time of challenge.

— John Egger is a theology alumnus of both St. Andrew’s College in Saskatoon and Emmanuel College in Toronto.  He is currently serving as a United Church Co-worker in Mission with the Presbyterian Church in the Republic of Korea (PROK). Discover more about John by visiting his blog.

The views contained within these blog posts are personal and do not necessarily reflect those of The United Church of Canada.