Rev. Dr. Paul Douglas Walfall reflects on the story of Joseph and finds a lesson about the importance of supporting men and offering them a space to talk about their feelings. 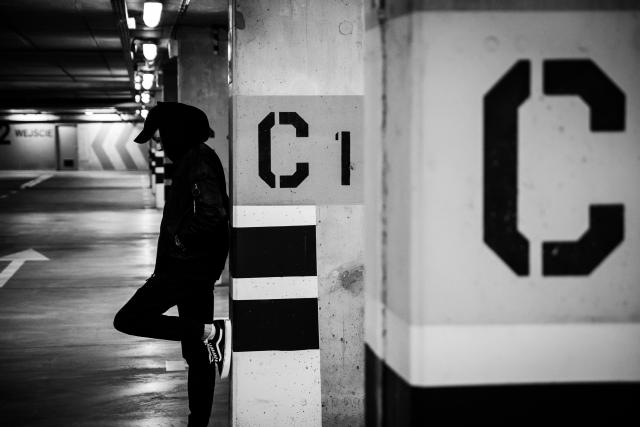 Credit: Photo by Dawid Zawiła on Unsplash
Published On: December 18, 2019

“The quiet, strong type!” That is the way I was socialized to see masculinity. Men were to be somewhat stoic, never showing the emotions of shock, fear, or sadness (other emotions such as anger or rage were allowed). To show emotions is show vulnerability, it showed weakness and suggested that you allowed yourself to be penetrated by the thoughts and opinions of others. Men are to be doing stuff, I was taught, taking control and dealing with their challenges on their own. My socialization taught me that the man who is in control, and is able to take control, is the man that society wants. Also, the understanding was given to me that a man never asked for help, he solved his problems and issues by himself. At some point in my life, however, this understanding of masculinity began to be challenged.

This year for the fourth Sunday in Advent, we will hear the Christmas story through the perspective of Joseph. In the lead up to Christmas we are accustomed to hearing the story of Mary giving birth to Jesus in a manger in Bethlehem. While the emphasis is on Mary and the baby Jesus it is easy for us to ignore the place of Joseph in the story. It could be that he is pushed to the periphery of the story because we hold that Mary’s pregnancy was not via the usual means of conceiving a child.

If we take the story on its face value, we hear the story of a man who is planning for his future according to the customs of his time. He is engaged to a woman and, according to the tradition, there was to be no sexual relations between them until the time of the engagement is ended. Now he is confronted by the news from Mary that she is pregnant, and to add insult to injury she comes with a story that the pregnancy was because of the action of the power of God.

For Joseph there was only one way for pregnancy to occur, and so he is confronted with the reality that Mary may have been unfaithful to him. The basis of trust in the relationship was shattered and the future he was planning now seems to be no more. Even more so, it could be assumed that his ego had taken a beating. How would he be viewed by other people when this news becomes public?

It is easy to gloss over the human realities and not recognize the many emotions that are at play. We could also miss the effects that these events would have on the mental health of Joseph. Each person responds to situations differently, but it is not a stretch to suggest that for many men this would not be a very easy time. I know of many men who would be given to fits of rage, depression, and anxiety because of an experience like this. The situations here are real and we should not gloss over it.

The gospel writer gives us no elaboration about Joseph’s mental state. We get no picture of him crying or talking things over with a friend. Yet we should be careful not to conclude that the writer was suggesting this is how men should handle these situations. However, what is telling in the passage is that among the first words the angel said to Joseph were, “Do not be afraid….” These words are telling because the only way you can chose not to be afraid is if you first acknowledge that you are afraid. The emotion must be confronted first if the emotion is to be dealt with. I wonder if in this moment there is a call is to move away from notions of stoic silence and deal with your emotions, acknowledging that as a man you are fearful, angry, and sad. Furthermore, there is nothing wrong with acknowledging this.

I want to suggest that, far from condoning men to keep things to themselves or suggest that we should only take things to the Lord in prayer, the passage leads us to consider some other things. At no point is there a condoning of what we now call “toxic masculinity.” I believe that this passage, instead of teaching us that men should not deal with their emotions, points to the complete opposite. Could the passage also be teaching that as men, when we face problems and issues in life, it is important for us to find a trusted person to talk about the pain we feel? Could the passage be a challenge for men to realize that they cannot solve every problem themselves? The passage suggests that an expression of the presence of God occurs when we are able share what is on our hearts with another, and this need not be with our significant other or a supernatural figure.

It is unfortunate that many men in our society hold to an understanding of masculinity that calls on them to keep things inside. The figures for depression, domestic violence, and suicide among men may be telling us that this understanding of masculinity is not helpful. As a male I have come to realize that there is no shame in sharing my problems with someone. Indeed, at one point during my recent visit to Kenya, I would not have been able to function effectively were it not for a friend who listened and offered support when I needed it.

I have come to realize that the fear of others knowing my weaknesses is all in my mind, and that life is better when I can share. So, could it be that one of the gifts we can give to the men and boys in our lives is to offer them the space to talk about their feelings? Perhaps men need us to listen to them without judgement, and to respond with unconditional love to that which is on their minds and hearts.

—Rev. Dr. Paul Douglas Walfall is the minister of the Fort Saskatchewan Community of Faith in the Northern Spirit Regional Council.