Privilege in the LGBTIQ2S+ Community

Jordan Sullivan asks, “What measure of privilege are we willing to give up to create equity for others?” 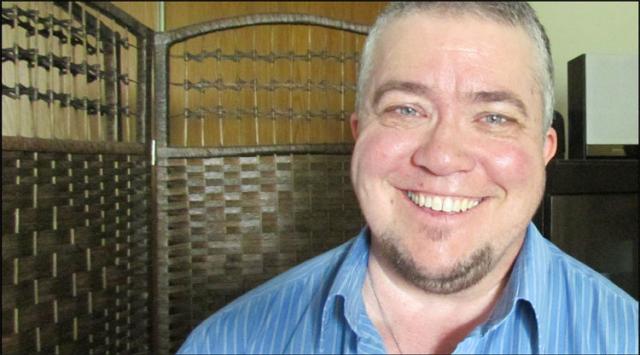 Gender identity and sexual orientation don’t exist in a vacuum. Both are powerfully shaped by racial privilege and oppression. We asked several LGBTIQ2S+ members of The United Church of Canada to reflect on how race complicates the search for social justice—and on the challenges of finding welcome in the church if you are marginalized in more ways than one.

On July 3, 2016, a Canadian Prime Minister, Justin Trudeau, marched in a Pride parade for the first time, joined by then-Ontario Premier Kathleen Wynne and Toronto mayor John Tory. The acceptance of LGBTIQ2S+ people was being affirmed publicly, and the LGBTIQ2S+ community in Toronto was buzzing with excitement. And then Black Lives Matter staged a sit-in, bringing the parade to a halt for 30 minutes.

Immediately, social and mainstream media were filled with angry White people condemning Black Lives Matter. The backlash from many in the LGBTIQ2S+ community was vicious and hateful. “All Lives Matter” was thrown out in response to Black Lives Matter. It was as if most of us saw the word “only” in front of the latter phrase.

Although they face racism on a daily basis, it was heart­breaking to watch my racialized friends and colleagues endure such attacks. Many of them had to disconnect from social media sites, overwhelmed as they were by the onslaught of racist hatred that social media exposed.

I found it exhausting to respond to the comments on social media, and I struggled to get my head around the layers of oppression and privilege that the situation exposed. A Globe and Mail piece stated, “Black Lives Matter is dramatic, unset­tling and inconvenient. That’s the point.” In the days that followed, my recognition of the work I have to do deepened.

As a trans man, I experience an increase in privilege. I am seen and listened to as a man in ways I never was as a woman. I also have privi­lege and power as a White LGBTIQ2S+ person. I didn’t ask for it—but it’s there, everywhere I go!

At Affirm United’s conference in 2016, former United Church of Canada Moderator Jordan Cantwell offered her reflec­tions (see the Affirm United resources page) on what we are called to do with our privilege. “Jesus challenged conventional wisdom and societal assumptions at every turn,” she reminded us. “He showed people another way to live—the way of intentional downward mobility. He wasn’t interested in securing for himself a place at the centre of society; but rather ensuring that no one was abandoned on the margins.” She continued, “The reconcilia­tion that God offers us...requires that we relinquish privilege and the systems that give rise to privilege.”

Speaking of how shocked she’d been by the callous racism that the backlash to the Black Lives Matter sit-in revealed within the LGBTIQ2S+ community, Cantwell said, “It got me thinking about how hard it is for those who have had the experience of being marginalized, but who have now attained some level of social acceptability, to allow them­selves to be drawn back to the edges, to stand in solidarity with those who continue to be left out. We don’t welcome their voices, their critique, their challenge of the new status we are enjoying. The lure of privilege is seductive.” There’s much truth in the adage, “When you are accustomed to privi­lege, equality can feel like oppression.”

As individuals and as a community, White LGBTIQ2S+ people are faced with a challenge, perhaps best framed as a question: What measure of privilege are we willing to give up to create equity for others?

—Jordan Sullivan is Ministry Partnership Animator in the Church in Mission Unit in the General Council Office.

This article was originally published in the Spring 2018 issue of Mandate magazine.