Krista Forsberg, a 16-year-old Indigenous youth in The United Church of Canada, encourages people across the church to exercise their right to vote on election day. 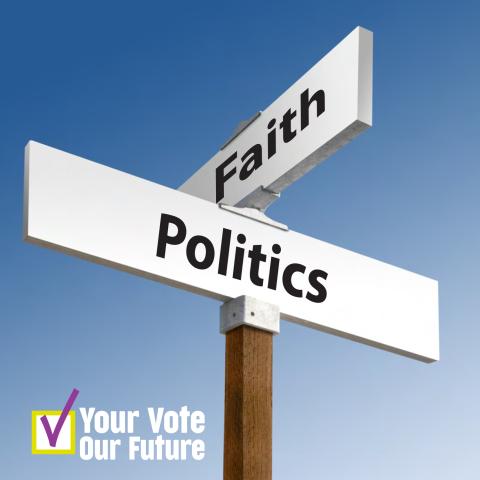 Credit: The United Church of Canada
Published On: October 2, 2019

On October 21, Canadians will go to the polls. What does this mean to me as an Indigenous youth? Too often in this country, Canadians and especially Indigenous people believe we have little to no say in elections. Although I am only 16 years old and unable to vote, I know my voice holds power. It’s helping other people to be aware of the issues and working for candidates who want to work for the people. Many other youth can and do use the power of their voice too—and we are the future!

Each of the parties in Canada—the Conservative Party, the Liberal Party, the New Democratic Party, the Green Party, etc.—represents a worldview and a vision of change for future generations. Since the age of 13, I’ve been involved in politics as part of Saskatchewan Youth New Democrats. With this first-hand knowledge of politics, I know that it’s important to inform yourself of the beliefs of the leaders and their parties and ensure they connect with your own. Personally, I believe we need affordable housing for many across Canada, the protection of women's rights, and a livable minimum wage.

Many Indigenous people feel like their vote does not have power or that it doesn't necessarily count. But every vote really does count. I come from strong people who have dealt with so much, from intergenerational trauma to poverty and discrimination. As such, I know that if we all band together, we can truly turn society around for the better. We can have a say in our future. We will not only have a seat at the table but will be part of the decision making.

Being not only Indigenous but a woman in a country where men are often heard, it's so inspiring to see strong, independent women stand and defend women's rights and all rights. Here in Saskatchewan, some of the political leaders that inspire me are Sheri Benson, Claire Card, and Erika Ritchie—all examples of great women in politics. Claire Card and Erika Ritchie have put their names forward as strong leaders for equality and fairness. Politics today is also about making women feel like they have power too and can use it.

So what do I think about this year's election? I think we need to be smart about who we choose. We need a leader who is willing to uphold their promises, especially those made to Indigenous people, and who will fight for our environment and act on their environmental commitments as soon as possible. We also need someone who will make positive change for Canadian people, not just those who are privileged but also those who are often left behind. Being part of the United Church, I've learned so much about taking care of our neighbours and accepting all people, no matter their race, ethnicity, culture, beliefs, sexual orientation, or background.

It's so important to vote. Through this simple act, we can help our country improve in so many ways and make an impact on future generations. To be part of that impact, be sure to take action and know your leaders and what they stand for. Be the change you want to see and help improve the wellbeing of all Canadians.

–Krista Forsberg is a 16 year old Indigenous youth. Born and raised in Saskatoon, she is currently in grade 12​.