My sense of belonging in the United Church came through the existence of community. 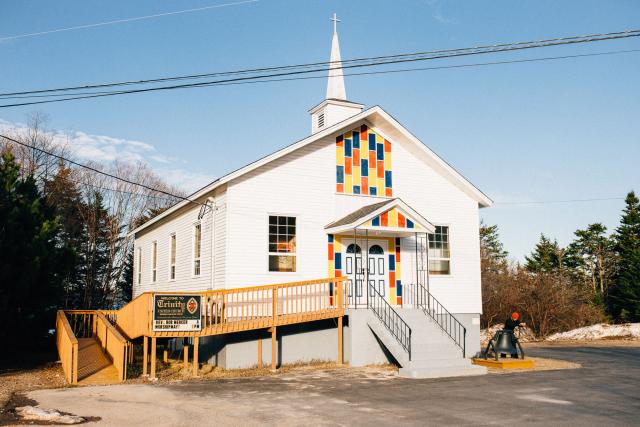 I’ve travelled enough that I know it’s possible to find a feeling of home away from home. I mean real, authentic familiarity, not just a good friend’s place or a comfortable motel. I’ve also travelled enough to know that this is really quite rare. A sense of belonging doesn’t come easy.

My dad is a United Church minister, which means I grew up deeply involved in The United Church of Canada. It was always comfortable. When I was young, it was a place to steal communion bread and play with my siblings, a place to sing and accidentally break stuff. During high school, it was a place to hang out after school and gather for youth programs. University was where I first realized that churches lock their doors.

My sense of belonging in the United Church came through the existence of community. At first it was my local congregation, then the regional youth forum. Then it expanded across borders. In 2014, I travelled to Rome with a Catholic family from central France. Later that year I organized a group to sleep at a church during the People’s Climate March in New York City. The following year I shared a meal with faith-based activists at COP 21 in Paris.

I have more stories like that, but the point is, here we are thousands of kilometres from home in a small village on the North Atlantic; I have no real reason to feel at home, and yet I do.

It’s partly familiarity. Trinity United Church in Deep Bight has its own character but it feels United in the humble furnishings, the handwritten notes, the outreach posters. More than that, it’s the comfort of being still within that community. “Make yourself at home,” our host, Muriel, told us. “You’re more than welcome.” They were words that I had heard before, words that I embrace like a foolhardy soprano who just broke a candleholder in the belfry. I’m in a place where I have laughed and cried and fallen asleep more times than I could ever remember. Even if I have never walked through this church’s doors, I have that sense of belonging.

I consider myself lucky to have that. That certainty. I know who I am in this small rural church, and I have a line of connection with the people around me. That’s a good way to feel.

I know it comes from my own particular childhood, from the right kinds of adult mentors and my experiences with Ontario Youth Parliament; but I would wish that kind of feeling on anyone else. Whether it’s in a church or on a soccer field or backstage in an arts theatre or anywhere else community is held. Community means support. I know that because right now the United Church is one of the many communities that are helping me across the country. From Cambridge St. United Church to Kinmount United Church, from Napanee to Deep Bight to Lewisporte, and onwards.

Home away from home.

—Jonathon Reed is a semi-professional adventurer with roots in education and activism. He is taking bicycling across Canada this summer with a friend. You can follow their trip on the blog, As the Raven Flies, which is where this blog post was originally posted.