How the negotiation of sacred and profane in Kendrick Lamar’s music contributes to the making of Black meaning. 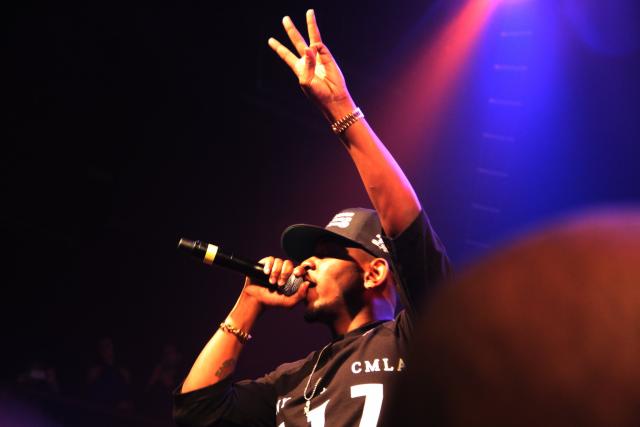 As a Black African woman – a proud descendant of smart, beautiful Black African women (my mother and both my grandmothers); I am sister, mother, and aunt to Black women and men. Kendrick Lamar’s lyrics evoke some of the personal stories of my own family; of friends and of neighbours; of the lives of people deeply loved and now gone; of what Lamar refers to as a “lost generation.” The receptivity of this particular audience to his body of work speaks to the power of his message.

Kendrick Lamar is speaking well into the 21st century — supposedly post-Jim Crow, post-colonial, post-apartheid, post-modern, etc. And yet, Black people continue live in societies where racism (particularly anti-Black racism) is ignored, excused, condoned, aided, abetted, and even justified. Just as in the past, today Black and Brown bodies are not only regarded as, but often treated as, commodities of little value to be traded, carded, enslaved, maimed, feared, tortured, incarcerated, warehoused, trafficked, avoided, mocked, appropriated, demeaned, and violated. If you think this is an exaggeration with regard to the Canadian context, I urge you to read activist and journalist Desmond Cole’s book The Skin We're In: A Year of Black Resistance and Power.

Even among friends, Black people cannot totally escape this. In a conversation about White privilege with a good friend who is White, she was hurt and offended that anyone could suggest that she might benefit from her skin colour. She snapped angrily that I am privileged in many ways (which I have acknowledged; a privilege which quickly disappears when my colour becomes the issue). Still, in perhaps too simplistic a way, I asked her to be truly honest and reflect on if she would ever trade places with me if she could. She replied, “only if it were for a very brief time and only if I could switch back.” She stated she didn’t think she could handle facing racism, overt or covert, for an extended period.

I’ve been reading Kendrick Lamar and the Making of Black Meaning in which various authors analyze Lamar’s corpus of work and his musical—and perhaps even his personal—evolution. I lean on this book as I try to convey Lamar’s negotiation of the sacred and the profane, and how for him, these contribute to the making of Black meaning.

Lamar wrestles with contradictions, a struggle to which Black and Brown people are no strangers. In his Section 80 album, those contradictions are often with what is considered sacred and what is considered profane.  The sacred is defined as “pure,” “perfection;” and is often the ways in which White-ness is perceived (“pure as snow, light, bright,” etc.). In contrast are the ways in which language in the dominant society perceives and weaponizes terms such as “dark,” “darkness,” “Black,” and “Black-ness,” as imperfect, evil, and vile — i.e., profane.

In the prophetic tradition, 21st Century Kendrick Lamar sets this on its head; he treats these categories – sacred and profane - as homogenous and commensurable. Look closely at the objects on the Section 80 album cover art: an ammo clip, stack of bills, tube of lipstick, gold link watch and chain, box of condoms, marijuana paraphernalia, prescription bottle, lighter, joint, and a pile of books. In this constellation of objects, Lamar blurs the rigid lines between the sacred and the profane.

Lamar is illustrating that when dealing with real-life circumstances of individuals, there are not concrete boundaries of separation between what is considered sacred and profane. In my opinion, this too is in the tradition of prophets.  In Lamar’s song “Kush & Corinthians,” (a reference to a strand of cannabis and a book of the Bible), he instructs listeners to live life on their own terms because death is inevitable. I understand this to mean that Black people, as individuals and as a collective, need to be the ones to define what it means to be Black.

Lamar follows this with a list of characteristics that best describes who he is as a human: loser, winner, good, bad, Christian, sinner, humble, loud, righteous, and killer. He uses these contradictions to express what it means to be human in general and Black in particular.

He is not an insider or an outsider, instead his orientation is best characterized by his placement in the dead center, looking around. For Lamar, it is the negotiation of these that is key. That we may fail in negotiating for the good in ourselves on any one day or in any given moment is real life, but it should not define us or our destiny.

For me, it illustrates the uncertainty of life lived as Black people, whose everyday lives are dictated by structures and systems of ultimate control for whom Blackness is at best a “problem to be solved” (as Desmond Cole says) or, at worst, “profane.” A reality in which being able to live life on one’s own terms might seem to be as realistic as a taking a weekend trip to Mars.

In my own family’s experience in Canada, it is the seeming contradiction between the sense of acceptance felt in the company of White friends and colleagues and the feeling of “exception,” the bone-deep knowledge that our experiences in similar moments of crisis or struggle — such as being pulled over by the police, or as a kid goofing around in the classroom, or calling in sick to work, or a public breakdown in one’s mental health — will likely be treated differently, be perceived differently, and could possibly even result in completely different outcomes with very significant lifelong consequences — a criminal record, maiming, or death.

What we choose to name as sacred and profane matters because it matters that we as Black people are not only defining some of these concepts for ourselves as individuals and as a collective, but because doing so contributes to a making of Black meaning that is empowering, complex, diverse, self-defined, life-giving, and life-affirming.

— Wendy Gichuru is The United Church of Canada’s Program Coordinator for Africa and Middle East Partnership Program. This article is adapted from a sermon preached at the General Council office chapel service on Feb. 5, 2020.