At the Intersection of Gospel and Culture

We understand the journey together of Indigenous and settler church requires good will, respect, and patience. 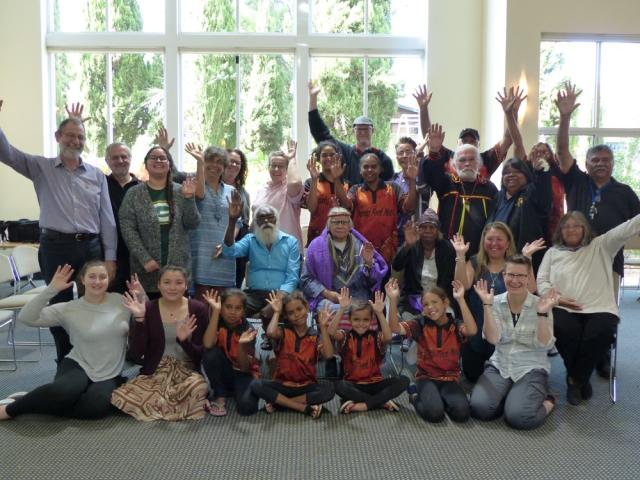 The Australian and Canadian members of the Dialogue on Reconciliation
Credit: Sara Stratton, The United Church of Canada
Published On: March 27, 2018

Kenji Marui travelled to Australia as part of the Moderator’s Dialogue on Reconciliation to consult and build relationship with the Uniting Church in Australia, the Uniting Aboriginal Islander Christian Congress, and Indigenous groups in Australia. He shares some of his experience here. For more perspectives from the Dialogue on Reconciliaiton, see "Practicing Good Relations" and our photo album.

One of the circled itinerary items for this dialogue and experience of the church in Australia was the “Gospel and Culture” conference, a theological gathering of our group of 12 Canadian visitors, representatives from the Uniting Aboriginal Islander Christian Congress, and students training for ministry. It was to be a safe space to talk about how (Christian) gospel and (Indigenous) culture intersect, and to share the challenges we face in claiming our own culture and spirituality.

In a quiet suburb of Adelaide, we met at The Monastery, the home and retreat centre of The Passionist Order of St. Paul of the Cross. Over four days we engaged in earnest conversation about the effects of colonialism in our lives, in our churches, in our societies. As a second-generation Canadian, born to Japanese immigrants, I struggled to find my place in the discussion. I don’t look like a settler/colonizer but have throughout my life operated with such a mindset. Yet, I also know the effects of racism and discrimination; I grow weary of having to explain or justify myself in society, of my reality being unrepresented or mispresented in media.

There was tension in discussing the interrelation of gospel and culture because it is such a one-sided dynamic: Christianity has been so dominant and pervasive, so closely associated with assertions of Western superiority, that it becomes difficult to disentangle Jesus’ true messages and intent from the historic and traditional interpretations of his parables and teachings. Aboriginal culture has long been deemed second-class at best, and downright demonic at worst. Through such clouded lenses, it is difficult to see a new vision.

We could agree that colonialism is still insidiously present in many forms today. We recognize that we belong to many different expressions of culture. We understand the journey together of Indigenous and settler church requires good will, respect, and patience.

Yet, time proved to be the limiting factor. The conference ended abruptly as morning discussion ran overlong and people’s booked flights home required a rushed good-bye before lunch. Questions were left hanging in the air and we were left looking at one another, wondering what was next.

As unseemly a conclusion this was, it is an apt metaphor for what was begun. As we look to what might come next in this unfinished process, there is a commitment and understanding that this work is too important to ignore. Our complicated understanding of gospel and culture is part of a decolonizing process that remains unfinished but requires attentive and unflagging effort. To be continued…

—Kenji Marui is an ordained minister working with Calvary United Church in London, ON, and past president of London Conference. He has experience with rural multi-point charges and urban multi-staff ministries.