Holding Up a Candle in the Presence of Racism

Only when the church is willing to confront racism within its own walls will it be able to stand in opposition to prejudice and hate in the world. 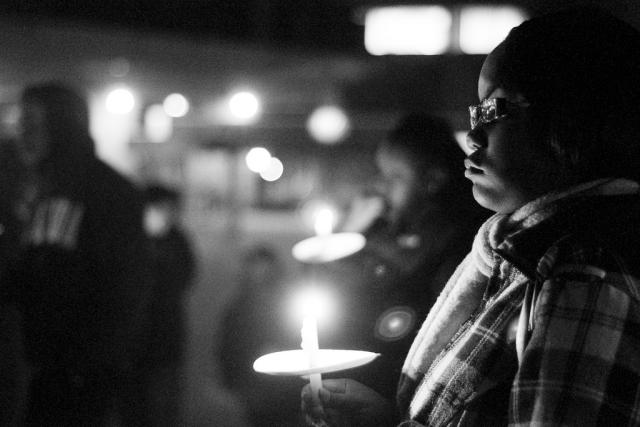 Two years ago, I was driving out of a town where one of our congregations was located. My younger son was in the back seat of the car. As we turned onto the highway leading out of the town my son raised an alarm. He noted that a Confederate flag was flying in the yard of someone in that town. Things changed for my son that day. This was the congregation he always liked attending and always wanted to come with me when I was going there. Indeed, he had made many good friends with the young people there (and he still has many good friends there). But from that day he noted that he no longer felt safe. Each time I have retold that experience, most all of my White friends have said to me that they could not understand my son’s response. However, I can. And the sad reality is that when I speak with many people of colour in Canada they usually instantly understand why my son would have felt that way.

In the wake of the events in Charlottesville over the weekend of August 11, 2017, many have expressed their shock and condemnation of the violence and flagrant display of White supremacy, bigotry, and hate which lead to the death of Heather Heyer, two state police officers, and the injury of many others. I join in denouncing the hatred and the violence. As many have already noted Canada is said to be a more tolerant country. But even then those sentiments, however they are interpreted, should not lull us into believing that White supremacy, White privilege, bigotry, and hatred are alien to the Canadian landscape. While indeed we may not anticipate the type of violence and outpouring of hate on our streets tomorrow morning, let us not deceive ourselves into believing that it can never happen here. It can, and the only thing which will deter it from happening is our willingness to confront the history and realities of our time and be willing to talk with each other.

In October 2016, I noted to the Alberta and Northwest Conference Executive the reporting of several instances of racial abuse in Edmonton and that on September 3, 2016, the CBC reported that “The White supremacist group,” the Sons of Odin, were patrolling the streets of Edmonton, sparking concerns about race relations in the city.

The church has a responsibility to stand in opposition to racism, prejudice and hate. Yet the church can only do so when it is willing to confront the realities within its own walls. I was deeply concerned and hurt when I read the summary of the April 2017 meeting (pages 2-3, PDF) of the General Council Executive. The following is an extract from that summary:

There was overwhelming support to address racism in our church. Points raised in this session included:

The same summary noted that the executive agreed to “name work on identifying and understanding white privilege important to (instead of “as a priority for”) the church,” (The bold is mine.) I got the distinct feeling that the GCE had betrayed persons of colour like myself and that the experiences of the racialized in the church were being trivialized or not given the seriousness that it deserved.

Within the Judeo-Christian tradition naming someone or something is more than a matter of personal taste or aesthetics. To call the name is to claim power over or equality with. In the Judeo-Christian tradition, by calling out the evil and naming what it is, is to claim dominance over it. If I transfer this understanding to present situation, by not calling out White privilege, White supremacy, bigotry, hatred, and prejudice for what they are, it means that we are implicitly saying that they have dominion over us.

So where is God in all of this? Each Sunday at the start of worship I light the Christ candle. The candle at my church is interesting. When lit it starts with a blaze and then suddenly calms down to a constant flame. It stays that way throughout the service as a constant reminder. It does not shout or make a scene but it is there and you know it. The children sing, “This little light of mine, I’m gonna let it shine.” Where is God you ask? God was there calling on people to shine a light into the darkness. Where is God and what should we be doing? Hold up your faith in God through Jesus and make it clear that bigotry, hatred, and prejudice are not welcomed in our space. To hold up the candle of our faith also means that we are willing to name the darkness for what it is. We must name it, even if is found within ourselves.  For when we do, we will realize that God is standing with us.

My elder son told me that he is no longer interested in the news and the reactions to Charlottesville. His concern was that it all seems so hopeless and negative. The same young people who are fearful of the hate are also looking for hope. It is incumbent on the church and church members to be witnesses of hope.

I therefore call upon all in this church of mine to be a witness. “The light shines in the darkness and the darkness did not overcome it” (John 1:5). I will hold up my candle in the presence of the darkness. What about you?

—Paul Douglas Walfall is the ministry personnel in the Fort Saskatchewan Pastoral Charge in the Yellowhead Presbytery, Alberta and Northwest Conference. He originally hails from the island of Jamaica and was admitted to the Order of Ministry of The United Church of Canada in 2013.