The Guaranteed Livable Income Is Always a Good Idea

Karlene Cameron writes about how a Guaranteed Livable Income would change the lives of low-income people in Canada. 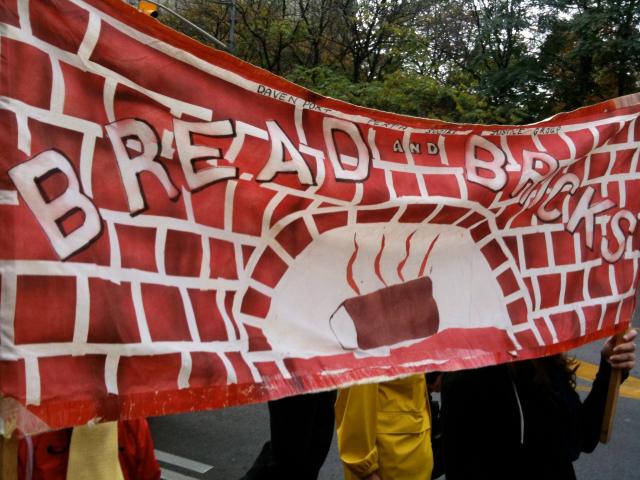 A couple mornings before, I had walked into the nearby employment centre and saw a sign at the front desk calling for people to attend a minimum wage public meeting being held at a school in Scarborough. My heart leapt. Something about it called out to me and I decided that I’d definitely be there.

On that day, the school gymnasium was packed with supporters who just about had enough of the $10.25 minimum wage. By the end of the night I found myself signing up for the upcoming “Fight for 14!” street march taking place on December 14.

It was the week before Christmas, freezing cold, the subway had broken down and we all had to take shuttle buses. But none of that mattered as much as the cause.

Spirits were high when I arrived at Yonge and Dundas, and we were served hot chocolate by Mr. and Mrs. Santa Claus.

In January 2014, thousands of people gathered at the University of Toronto auditorium on a Saturday morning with placards to begin the journey to Yonge Street. We marched. We yelled. We demanded Fight for 14! Later that month Premier Wynne would be announcing the new minimum wage rate and we wanted to make sure we were heard.

A couple of weeks later, while walking on St. Clair Avenue, I waited with bated breath to learn what the minimum wage was going to be. And it is now — $11 an hour!

When I heard this, I felt a sensation at the pit of my stomach. This was pure, unadulterated anger about to erupt out of me like a volcano. $11!

Are you people serious?

I sensed an old, tired feeling of, what’s the use? That’s the government for you, the same old, same old, they don’t care.

But I did not freeze my buns off for a 75-cent increase. We did not ask for a “deposit” of $11 now and then a “payment arrangement” of X amount per year. We asked for $14 now.

In that moment I asked myself one question: How can I help people? I so badly wanted to help all the low-income people in Toronto. My heart went out to them. But I felt helpless. I didn’t know what to do. What I did know was that I had to do something.

I started by educating myself on what was happening in the city and in people’s lives. I attended workshops and seminars. Then, a year later I came upon the Davenport Perth Neighbourhood & Community Health Centre and The Stop Community Food Centre. While waiting for a meal in the drop-in a staff member was walking around inviting everyone to Bread and Bricks, a weekly social justice group that was having its next meeting on Thursday. I signed up.

At that meeting, I found myself in a room full of low-income people. I listened as they talked about their struggles, that they are tired and hungry all the time and all the things they had to do just to keep their head above water. After attending a few meetings, one day I got the idea to give a workshop on how to make personal care products from food items as this was a way to save money and also to gain a sense of independence; that despite living in poverty, they could still survive and thrive.

Over subsequent months I presented more life skills workshops at the community centre including one on how to manage finances while on social assistance. At that time I introduced the concept of running a side hustle as a way to put food on the table — because “no one cares but you.” A side hustle is not a second job, however. It is something you create as a source of income in addition to something else, like a job or social assistance. I describe a job as being like a four-course meal, while a side hustle is like dessert. They go together.

Then in late 2016 the concept of a guaranteed income was gaining ground and being broadcast by the media. There was talk of a three-year pilot project to be set up in Ontario and I began setting up Google alerts and reading up as much as I could about it. I gave a workshop on the guaranteed income to a packed drop-in one Thursday afternoon.

As I learned more and more about the guaranteed income, I began imagining the possibilities, including:

When people have more money:

Of course, the public expressed some challenges; such as,

I was disappointed when the pilot got cancelled after the change of government here in Ontario, but not as devastated as the people who were on the pilot itself.

More and more calls are being made for this Guaranteed Livable Income. It’s been called for in Black Lives Matter, in the Report of the National Inquiry into Missing and Murdered Indigenous Women, and during the pandemic. CERB payments were set up quickly — and in the same manner that the guaranteed livable income could have been set up … but instead millions of dollars are being fueled into food banks.

The pressure is on. Many years ago, Canadians pushed for universal healthcare, they pushed for social security payments for seniors, and now they must push for the guaranteed livable income until it too becomes reality.

Since that day on St. Clair Avenue I have not given up. I am keeping my eye on the prize, because a guaranteed livable income is always a good idea. 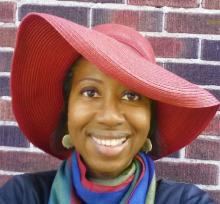 Join Karlene in the April 8 effort to Light the Flame for a Guaranteed Livable Income.

See stories and images of some of the people who were affected when Ontario Basic Income project was cancelled and Humans of Basic Income photos.