A Fighting Pride Rooted in Love

Why do we as Two-Spirit LGBTQ+ people love and value Pride Month? Because, we have much to celebrate and much to protest! 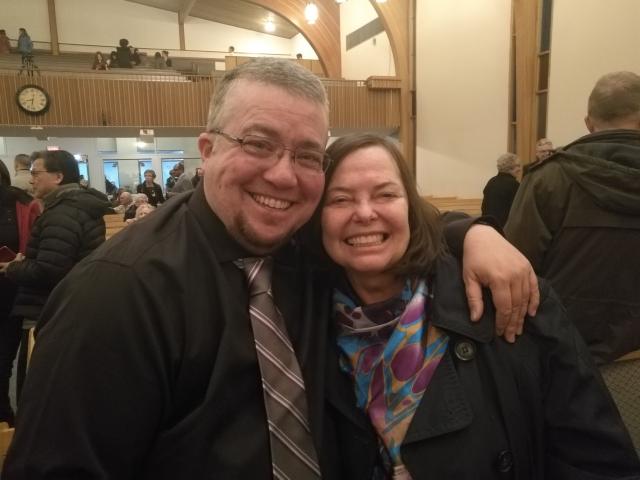 Pride Month and Pride Marches are community celebrations of Two-Spirit and LGBTQ+ people’s self-acceptance, achievements, and legal rights. They are also opportunities for communities of faith to publicly, intentionally and explicitly affirm people of all sexual orientations and gender identities-expressions as children of God.

Pride is also a protest against injustice, rooted in righteous anger. It is a demonstration against the homophobia, biphobia, and transphobia found in society and religion. It is also growing as a protest against police brutality, systemic anti-Blackness, and institutionalized White supremacy. Pride is the voice of those who refuse to stay silent.

Today I am a 60-year-old White trans man with many privileges, but for over half my life I was silenced, hiding in fear and shame, deeply rooted in a conservative religion. I spent over three decades living with depression, fear, shame, spiritual despair, and suicidal ideation—learning at age 11 to deny and suppress my romantic and sexual attraction to girls, and silence my energetic masculinity. In my late 20s I began six years of conversion therapy, working hard to be a good heterosexual cisgender Christian woman. During those years, my faith sustained me, even as it ate away and consumed my identity, self-worth, and self-awareness.

After leaving “therapy” and spending a year in intense study and prayer, I finally burst out of the closet, coming out as lesbian in my mid-30s. I transitioned to Jordan in my late 40s/early 50s, while employed by the United Church’s General Council Office (2000-2020).

In 2018 I received an invitation to attend the 40th Choral Reunion at the Seventh-day Adventist college in Alberta which I attended from 1977 to 1980. I surprised myself by actually considering whether or not to go. The choir director (Dr. Wendolin Pazitka-Munroe) had always remained a loving friend. I decided that I would face my fears and attend the reunion to show my love and appreciation of her friendship and her 40 years in ministry to young people. 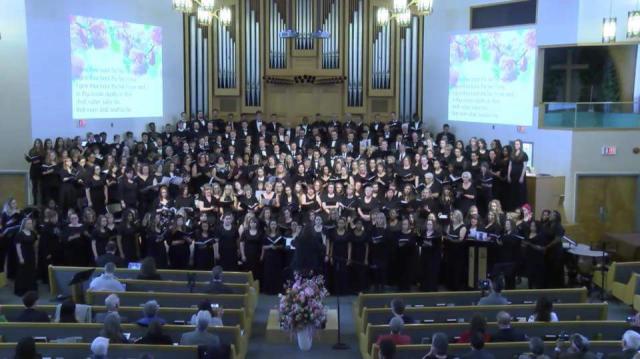 On the afternoon of Friday, April 6, 2018, under the expansive Alberta blue sky, I walked up the steps of College Heights Seventh-day Adventist Church with my sister, Heather. Situated northwest of the town of Lacombe, the hamlet of College Heights is set on a hill overlooking Barnett Lake and the hills and farmlands of central Alberta. Taking a deep breath to ground me, I stepped into the busy entrance to register for the 40th Choral Reunion at Burman University. I was arriving as Jordan, and bracing myself for the unknown.

I’d been back to Lacombe over the years, shared my story of being transgender at St. Andrew’s United Church (an Affirming Ministry), and had driven through the college campus, recalling both the joy and the pain. Now 40 years later, I was returning, not to just drive through the campus, but to stop and walk into “that church”, and to meet who-knows-how-many former college friends who I had not seen in over 30 years. I had no idea what to expect.

On that Friday afternoon, as I glanced to the front of the sanctuary looking for familiar faces, I saw the choir director (Wendy). She saw me and immediately made her way to me for a wonderful hug, and surprisingly so did a number of old college friends. Over the next two days, even though I was initially triggered by the emotional and theological baggage I carried, I was able to experience healing as I soaked up the truth that Love that will not let us go. We may have conflicting beliefs and understandings of who and what God is—but we can agree and live the truth that God is Love (1 John 4:8).

I have never heard or experienced that truth so clearly before—that Love is and always has been there to see me through the ups and downs of life. Somehow, in that church of my youth, through that beautiful inspiring music, through the affirmation and love I received that weekend, my spiritual journey was being rewritten. Rewritten from that of a young person who sat in those same pews 40 years previously—singing in the choir, speaking at Student Weeks of Prayer, yet hidden in shame and self-despair—to the 57-year-old trans man who finally saw and heard a message he so desperately needed. It was the message that Love had never let me go—not then, and not now. 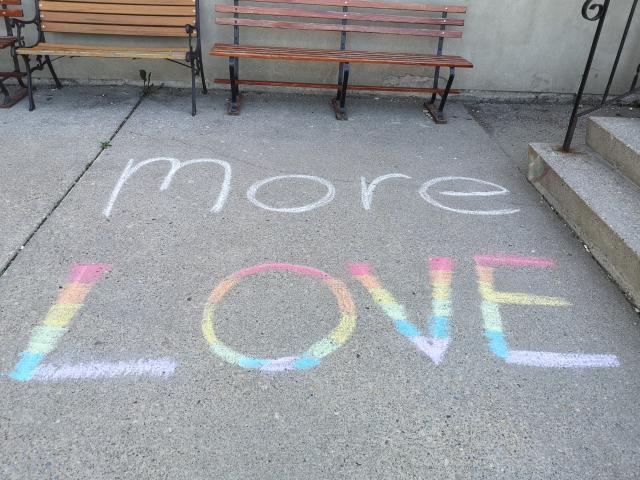 A college friend, Brent Lehmann, who had also come out as gay and left the SDA church, was there that weekend, and I was proud to take my place in the bass section with him and other supportive friends. A few months after the reunion he shared a bit about his experience on Facebook – which mirrored my own:

“It wasn’t until after that anniversary weekend that I was finally able to put into words what I had experienced: the reconciliation of my two worlds. I had consciously decided to approach that weekend without any preconceived notions of how I, in all my gayness, would be received, I would just let be whatever was going to be. And what I experienced was this: I was embraced (more often than not, literally) in a deep and meaningful way, without question or judgment. Those friends from so long ago expressed to me their memory of those years (my past) with genuine fondness, appreciation, respect, and love. They told me how happy they were that I was there that weekend (my present). And the two (my past and my present) came crashing together and fused in a way that I viscerally felt in every fibre of my body that continues today: a sense of wholeness and peace I have never felt or experienced before.”

For Brent and I, that weekend became a celebration of friendship and community, as well as a spiritual affirmation—a reminder that yes, we are loved as we are—allowing our past and our present to reconcile.

Why do we as Two-Spirit LGBTQ+ people love and value Pride Month? Why do we continue to celebrate and protest in Pride marches? Because, we have much to celebrate, and we have much to protest! Two-Spirit-LGBTQ+ people are still experiencing harm and trauma—and yes, it is still happening in United Churches. From subtle messages and pressures to change one’s sexual orientation and/or gender identity-expression, blatant attempts at conversion therapy, the erasure of disabled people’s sexuality, the judgment of people who live with mental illness, to the subtle and blatant racism experienced by Black, Indigenous, and People of Colour both within the LGBTQ+ community as well as church and society. The harm and trauma must stop—and to do so we all need committed allies to stand and fight with us.

It’s a Pride that SHOUTS affirmation of self and all Two Spirit LGBTQ+ people, that lifts its head up high, proud to be who one is. Proud to be Two-Spirit, Transgender, Non-binary, Pangender, Gender Queer, Bisexual, Pansexual, Lesbian, Gay, Asexual, Intersex, Queer, or however one identifies their sexual orientation and/or gender identity-expression.

It's a Pride that is still learning how to affirm and celebrate every single one of our multiple and intersecting identities—not just sexual orientation and gender identity-expression—but also race, ethnicity, age, ability, size, language, and more.

Pride Month is a Pride that is possible for us, because Love has never let us go, and never will.

Sing of the wonder! "O Love" by Elaine Hagenberg

—Jordan Sullivan is a trans man and a SOGIECE*/Conversion Therapy Survivor. He is currently Project Coordinator (with Generous Space Ministries) for a community-based research project for 2S-LGBTQ+ people who have been harmed by expectations of change (for more information, see Developing Supports for SOGIECE/Conversion Therapy Survivors). Jordan is positioned in society as a White, Western-educated, English-speaking, able-bodied, queerly heterosexual, trans man, who is privileged as a member of several dominant groups. He is a speaker and writer and has blogged intermittently about his journey of transitioning at On Becoming Jordan, from his home in Toronto.