Emancipated, But Still Not Free 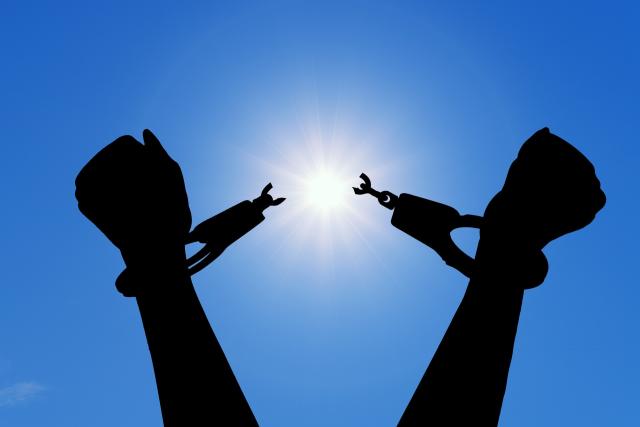 Are Black people free in Canada? As strange as the question may sound, I urge you not to dismiss it too quickly. The question of the freedom of Black people did not originate with me. I must acknowledge that I first heard this question from Professor Rinaldo Walcott. This question may be an occasion for us to pause and reflect on what is being said. Indeed, on August 1, we will commemorate the coming into force of the Abolition of Slavery Act in 1834. On that day, formerly enslaved Black persons throughout the former British Empire (including Canada) were emancipated. The Merriam-Webster Dictionary tells us that the word emancipate means “to free from restraint, control, or the power of another.” It is worth noting that emancipation is something given to someone; it is not inherent, nor is it a recognition of a fundamental right.

We must not for a moment believe that the granting of emancipation in 1834 was necessarily out of the abundance of the kindness of the White persons in the British Parliament. Primarily slavery was abolished because it was beginning to become uneconomical to continue. This was in no small part due to the opposition and freedom fighting of the enslaved persons in the British colonies. The Christmas Rebellion, or the Great Jamaican Slave Revolt of 1831-32, led by Baptist preacher Samuel Sharpe (now a National Hero of Jamaica), is believed to have been one of the final revolts that gave the death blow to slavery. In many ways, what was issued in 1834 was in no small way due to the blood and lives of the enslaved, and the support of their allies, to end the system of slavery.

Although enslaved Black people were emancipated, the question remains, were Black people free? Looking at the history of Canada, there is significant doubt that the freedom Black people gained was complete and without restraints. Let us remember that in the period after the abolition of slavery, there were widespread segregation practices in almost all aspects of society to continue the subjugation of Black people. Anti-Black racism continued in both overt and covert ways. Called by some as “Canada’s Jim Crow,” segregation occurred in public education, immigration, employment, housing, and churches, in both formal and informal ways.

In the education system, for example, Black children would have been offered segregated education in many places in Canada. As a result, all Black children were not free to attend the school of their choice. In some cases, they would have been denied entry unless powerful White families sponsored them. The segregated education system operated in many provinces in this country until the last one closed in 1983.

We should also recall that in the case of immigration, while there were several waves of limited Black immigration in the 20th century, it wasn’t until 1971 that Black people were free to come and settle in Canada with few hindrances.

The story of Amber Valley in Alberta, for example, tells us that the arrival of the Black settlers sent shock waves through many parts of Canada. Because of this intentional efforts were made to discourage future Black settlers from coming to Canada, this included the hiring of Black preachers to spread the word that the Black settler would “freeze to death” because of the cold temperatures.

Black people were not free to go wherever they wanted to after the ending of slavery. In 1959, Ted King spearheaded a lawsuit against the Barclay Motel, in Edmonton,  because the owner informed him that “we don’t allow coloured people here.” The story of Viola Desmond, who challenged racial segregation at a cinema in Nova Scotia, also reminds us that Black people were to be seated in special seating away from the general population, and to break this was to be imprisoned. Even today, the use of “carding” by many police agencies throughout the country reminds us that the average Black person may be stopped and questioned about what they are doing in a particular location. Let us not even start with the freedom to shop without harassment, as too many Black people speak about being under surveillance by security in many shopping places.

The sense of freedom is not even in the church. Again and again, Black clergy will tell you how much longer it is for them to find a call or appointment within the church. They will also relate that in some cases, they have been treated with minimal respect by church authorities, only to be subjected to silence by those who look on with as stoic an appearance as possible.

So, are Black persons free? According to the Act to Abolish Slavery (1834) and the Charter of Rights and Freedom (1982) in Canada we should be, but are we? Far from being the product of active imagination, the reality of anti-Black racism continues to exist. In some respects, acknowledging this comes with some degree of hurt. Sometimes the very White ally at your side may be the one who speaks and acts in very racist ways. Furthermore, our willingness to address anti-Black racism is conditional on some great news and headline-grabbing event. So, in 2020 the world rallied against racism with the brutal killing of George Floyd, but since then, the outrage has died, and though a number of the anti-racism initiatives launched during that time continue, many people seem to have gone back to life as usual. And while we live in this land of life, as usual, Black people are still subjected to abuse, slurs, and discrimination.

As we continue to struggle and seek for freedom, we should note that Black people are not seeking favors, pity, or tears. Neither are we seeking an apology. We have had our fair share of these, and it is not what is needed now. In the struggle for freedom Black people should be offered respect. Anything short of that is nothing more than a slap in the face. I will celebrate and mark the occasion of Emancipation Day. The right not to be an enslaved person or the property of others was a hard-fought battle by my ancestors. But I also realize that the fight to be free is still mine and my contemporaries to do. Martin Luther King, Jr. reminded us that “no one is free until we are all free.” So, in many ways, the battle for freedom is not only that of Black people but also the battle that all peoples. All of us must strive for freedom in until racism and its many legacies end. May it be so.