A Call for Dignity

Tessa Blaikie Whitecloud writes that neighbourhoods should be places where everyone is given a chance at the best life. 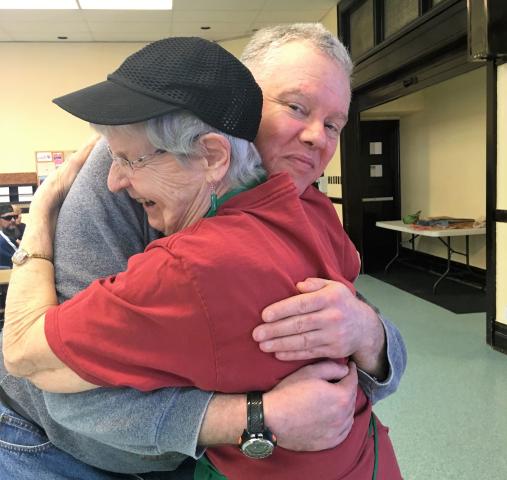 Today a community nurse called me from one of our community drop-in centres. Someone she is supporting is about to be homeless. Joseph is already in social housing, but the rise in violence in the block as a result of meth use has triggered his anxiety. Someone else in the building had long ago decided Joseph was an easy target for bullying. It is easy to want to be mad at Joseph's tormentor, but they are probably just reliving their own traumas on him. Joseph has been asking the building manager to help make the building safer and to reduce the amount of meth use in the building. He talked to his doctor about how he knows there are guns in his building now, as he hears through the paper-thin walls that one of his neighbours is selling them. He can't report it for fear of his own safety, and we can't report it because it will lead back to him.

Joseph and all people deserve the dignity of a safe place to live. Instead, Joseph is getting evicted this week.

His bully came after him again, and he broke. In a panic he was physically violent towards the bully. All of Joseph’s complaints about previous emotional violence were ignored, and now Joseph is the one in trouble.

It sounds like a dystopian drama, but it is actually our neighbourhood. Unfortunately, there was very little the community nurse could offer Joseph. If affordable housing, housing supports, and Universal Basic Income were available—things could be different.

Housing solutions for everyone means a variety of things. At the Canadian Alliance to End Homelessness (CAEH) Conference, which took place November 4-6, 2019 in Edmonton, we heard about many innovative projects. Here are some of the ideas currently being implemented across Canada:

I was not around in the 1960s, but it seems to me if we knew what was right then and have not yet done it, we are doing a disservice to ourselves, and our communities. I want neighbourhoods to be places where people share, where people ensure each other are okay, where we give everyone a chance at the best life, and as a result, all participate in the joy of a safer, happier and healthier community. The current system does not give people a chance. Over 90 per cent of Canadians born to an economically oppressed family are dying, often early and still impoverished.

I implore you on behalf of Joseph and all of those like him, to ask your public officials to ensure your neighbours’ dignity. As much as we love the guests who access our community services, the truth is we would rather not be there to serve them, because they do not need us.

This is a realistic goal—not an improbable utopia. We have known for far too long that we can and should be doing better.

Let us answer that call.