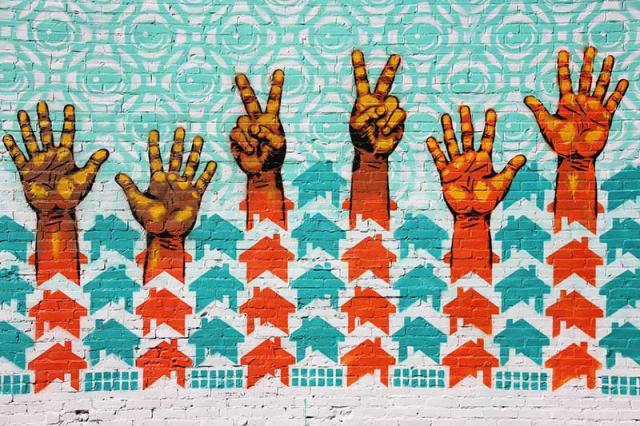 Rev. Paul Douglas Walfall, the President of Alberta and Northwest Conference, writes on Blacks Lives Matter and the persistence of racial discrimination in Canada.

Friends, I speak on a point of personal privilege.

The unfolding events in the USA brings the question of race relations again to the fore. The reality that a Black male is more likely to be stopped, questioned and intimidated than any other racial groups in North America should not be understated nor taken for granted. While it is true that the issues of race relations in Canada are usually dominated by how we treat members of the Aboriginal community, it should not be assumed that prejudice and discrimination against people of colour does not occur in Canada.

Canada is known for being a polite society. People generally are congenial with each other and strive to be as non-offensive as possible. Yet my experience also teaches me that sometimes the pleasant smile greet may not be anything more than a professional with little behind it. There is a Jamaican saying, “A nuh ebry kin teet a grin,” literally translated, “not every smile is a laugh.” It is a reminder that some people might smile but the smile may not be genuine. It is the absence of that genuineness why my children can encounter the type of bullying which is laced with racially offensive words; the kind gentleman at the church door can say to me he is surprised that someone of my race manages the English language so well; and I can be told that the church “needs to put that fat Black boy back in his place.”

We can be thankful that racial discrimination is not officially tolerated in Canada. YET, no law passed at either Federal or Provincial levels can dictate what happens in an individual’s heart. The book of Proverbs says, “For as he thinks in his heart, so is he” (Proverbs 23:7, NKJV).

What we say and do springs from within. If we keep ourselves on a diet of believing that persons who are different to us are inferior then that pomposity becomes evident in horrendous words and actions. Transformation must begin from within and we must allow hitherto held beliefs to be challenged and transformed by our Christian faith.

Until that transformation occurs, I, like other Black parents, will be concerned for my two sons and what they will encounter in our world.

As I watch and listen to the news , there was something welling up inside me that wanted to scream out, “ENOUGH!” When will we come to appreciate that all human life is important and that all human life is sacred. The lives of Black people do matter; they matter because the lives of all human beings matter. The colour of your skin, your culture or the gender of the person you choose to love does not qualify any of us to be treated with less respect and dignity. Until we see that all persons were made in the image and likeness of God then we will forever miss the important point that all lives matter and that discrimination and prejudice have no place in our society today.

We are all made in the image and likeness of God. So Black lives matter. Aboriginal female lives matter. The lives of any group in our country facing discrimination or threat also matters. Any attempt to generalize the situation so as to ameliorate the perception only serves to add to the discrimination.

As a church we have a prophetic responsibility. Ours is the duty and task to stand with the downtrodden and marginalized in our society. I would go further to say that we must stand with those who have been discriminated against and to remind the society that discrimination of any kind is wrong.

Our prophetic voice must be loudly heard in a culture that would disregard human lives. We must seek to support and affirm in all that we do the dignity and importance of all human beings. We must denounce in the strongest tones any action of hate, bigotry and race discrimination anywhere, even in the church. Let us resolve to work towards a world where right relationship, love and respect for all human beings are values that are lived and seen in all we do. Let us resolve that how we relate to each other sets strong examples of openness, acceptance and seeking the highest good at all times.