UN Declaration on the Rights of Indigenous Peoples as the road map to a new relationship. 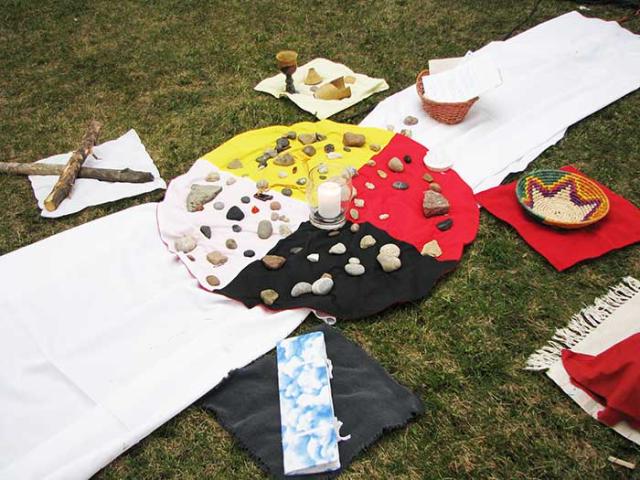 There was a sense of hope, and of moving forward, when on March 31 the United Church made a public statement on adopting the United Nations Declaration on the Rights of Indigenous Peoples. But without doubt, there were also questions, not the least of which was “why?”

There is an easy answer: because we were asked.

Almost a year ago, the Truth and Reconciliation Commission of Canada (TRC), after seven years investigating the roots, facts, and legacy of abuses committed Indian Residential Schools, asked the churches that ran those schools to adopt the Declaration as “a framework for reconciliation.” Understanding that, through Jesus, God entrusted us with the work of reconciliation, the United Church took up the Calls to Action as a priority issue for the next three years. And we began with the UN Declaration.

The TRC issued a parallel call to all levels of government in Canada, and on May 10 the federal government renounced its “permanent objector” status on the Declaration and announced its plan to implement it.

These commitments raised another question: “what difference will it make?”

In one respect, it changes nothing. The UN Declaration does not, as some fear, give Indigenous Peoples a whole new set of rights. Rather, it affirms rights that have always existed, and which the United Church, in partnership with Indigenous communities, has advocated for since the 1970s: rights to self-determination, to language and culture, and to full and equal participation in decisions affecting them.

In another respect, adopting the UN Declaration changes everything. It allows us as a church -- and a country — to move beyond acknowledging and taking responsibility for what we did as part of the residential schools system. It allows us, in a very tactile way, to renounce relationships rooted in oppression and to build ones rooted in mutuality, equity, and respect.

In 2012, the United Church added the Mohawk phrase “Akwe Nia'Tetewá:neren” to its crest. These words, meaning “All my relations,” are a way for us to acknowledge our interconnectedness and all that we are to each other.  They are, in effect, a tangible symbol of our commitment to being good relations: to seeking justice together on the issues impacting Indigenous Peoples in Canada today. And the UN Declaration is the roadmap that will help us find our way.

To see how the United Church is working with the Declaration in framing Indigenous justice work, please see:

-Sara Stratton. Sara is Reconciliation and Indigenous Justice Animator for The United Church of Canada.