Faith formation in the Christian tradition has always been more a matter of receiving than achieving. 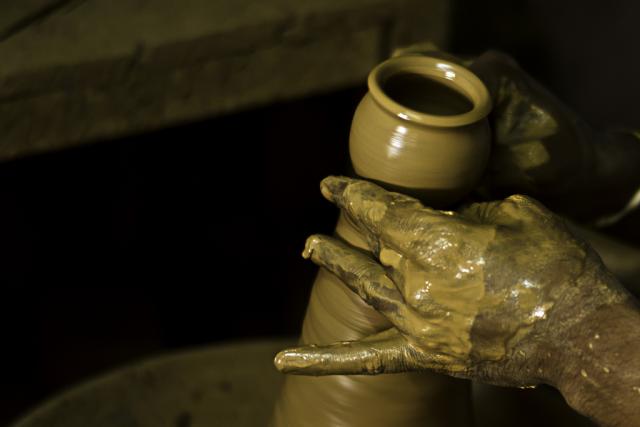 The word “formation” makes me think of fashioning something out of raw material — perhaps with the hands, like a piece of wood or a lump of clay or a garment.

I love to sing and I’ve learned that, aside from breathing, the most important factor in singing well is how you form your vowels.

We all have the ability to form the world around us and shape it according to our will.

When it comes to faith formation, though, it’s a little different. Generations testify to the fact that it is more about being formed than forming. It’s more something that is done to us than something that we do.

In our culture, faith and spirituality are seen as things you fashion for yourself.  Formation is like to assembling the ingredients of a stew or designing a new workout routine. Spiritual formation, like everything else, is about making ourselves into the people we choose to be.

But faith formation in the Christian tradition has always been more a matter of receiving than achieving. To borrow an expression from philosopher Otto Scharmer, it’s about “letting go and letting come.” Less control. More surrender.

Our role in formation, then, is to practice being open to and putting ourselves in the path of those people and things and experiences that are able to form us.

Like relationships. I look back over my faith formation and remember role models and friends and passing acquaintances – some whom I knew and some from centuries past – and how their encounter with me shaped me and moulded me and formed me.

Or like tradition. Tradition is that which has been passed down. It comes in vessels like Scripture or spiritual practices or music, passed from one generation to the next.

Or our often unexpected encounters with a living God who desires to be known and who, it turns out, has found us long before ever being found by us. One of the foundational images in scripture is God the fashioner, the former – forming Adam out of the dust of the earth, the potter shaping the clay into the form of God’s choosing.

It bugs me when people talk about how much worse things are today than when they were young. It’s rarely true. But one thing I do find has changed is that the sources of formation – the influences that form us into followers of Jesus – are more scattered, more diffuse, less concentrated than they used to be. The lines connecting us to those sources have thinned and our remembering of them is more fragile.

Which means that it takes more effort to seek out those sources and make ourselves available to them than it did when scripture shaped our speech and thought and we felt ourselves surrounded by a great cloud of faith-forming role models.

Or… maybe it’s not any different than it has ever been. Maybe in our unwillingness to be formed and our resistance to the surrender that formation requires we are like the people of every generation. And maybe from them we can learn that if we set aside that resistance, the influences that can form us graciously into the image of Christ are never absent.

— Paul Miller served in congregational ministry for 33 years. Currently he is the full-time Support Minister for Waterloo Presbytery, focusing on congregational support and development. Paul received a PhD in Religious Studies from McMaster University. He lives in St. Catharines, Ontario with his wife, Rev. Diane Walker.