When Sprinkles Save Lives 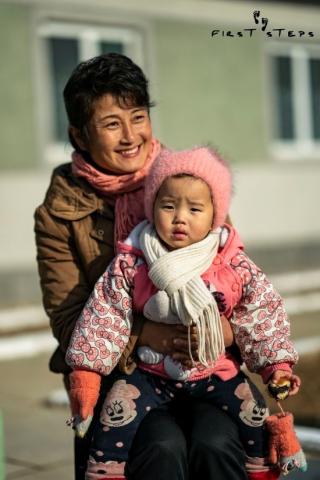 Baby Bok-Ryan was hungry and malnourished. She was severely underweight, and her growth was delayed. Desperate to see her baby's health improve, her mother, O Mi-Yang, signed up to receive a nutritional supplement called "Sprinkles" that are supported by Mission & Service gifts. It helped transform both of their lives.

The Sprinkles baby Bok-Ryan now receives regularly aren't the familiar sugary bits of rainbow-coloured confectionary most of us are familiar with. The Sprinkles distributed in North Korea by First Steps, a Vancouver-based partner supported by Mission & Service, are sachets filled with life-saving micronutrients in powder form that are added to food.

Since Bok-Ryan has been taking them, she has gained weight and grown taller. Today, she is a healthy one-year-old.

Every day, First Steps provides more than 100,000 children like Bok-Ryan with a daily cup of nutrient-rich soymilk and 20,000 mothers and their babies with micronutrient sachets.

The country has an estimated population of 25 million and has experienced ongoing food shortages since the 1990s. The food insecurity crisis is heightened by successive crop failures, typhoons, and lack of food storage facilities.

Pregnant women, nursing mothers, and children under five years of age are most vulnerable. One in five children living in the country suffer from stunted growth because their diet lacks sufficient vitamins, fat, minerals, and protein. These children are prone to infections and suffer from rickets, pneumonia, and a host of other conditions.

Since COVID-19 struck, the situation has become even more dire due to the closing of borders, which hampers the flow of essential goods. This is in addition to pre-existing trade sanctions.

Sadly, children often suffer the most.

The United Nations predicts that we are on the verge of a global hunger crisis. The UN's latest figures estimate that more than 250 million people the world over will suffer from severe hunger by the end of the year because of COVID-19. That's more than double the number who are suffering now.

Your generous gift to the United Church's COVID-19 emergency appeal supports children like Bok-Ryan and mothers like O Mi-Yang across the globe who are even more vulnerable now because of the pandemic.

Thank you for making a difference!