For Every Family in Beirut, There Is a Story

The Middle East Council of Churches provides essential items and hope after the Beirut explosion. 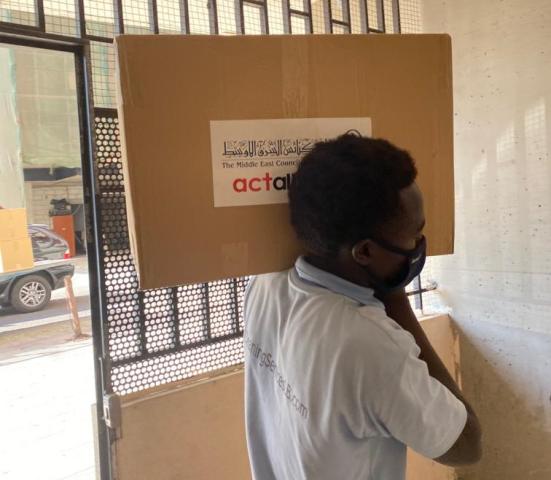 For every family in Beirut, there is a story about August 4, 2020. Its effects touched the lives of thousands of people in the city―effects that are most profoundly felt by vulnerable families.

Forty-seven-year-old Johnny was at home having dinner with his family when the port exploded, killing over 180 people and injuring countless more. Johnny’s wife, Sally, was the first to hear the sounds of the initial explosions, which brought back memories of the civil war. Sally immediately knew something was wrong.

Her fears were confirmed a few minutes later when the family heard the massive main explosion and took shelter in the hallway, the safest space in their home. The power of the explosion shook the whole house, dislodging the fridge from its place in the kitchen and flinging it toward the family. This may have prevented greater injuries, as the fridge shielded the family from flying glass from the apartment’s windows. Johnny, Sally, and her mother, 83-year-old Maguy, were injured from the blast. Eleven-year-old son Ramy tells of the horror and pain he felt at seeing his family hurt. The family was in shock, and the first thing that came to mind was that the civil war was back.

The family’s story, like those of many others, includes experiences of depression, of need, and often of hope. Since the explosion, the family has received help from others and is extremely grateful for the support of Mission & Service partner the Middle East Council of Churches (MECC). Through MECC they received essential items such as food, hygiene kits, detergent, mattresses, and linens to help with immediate needs. These items mean even more because the cost of food and other goods has risen exorbitantly due to the dire economic situation in Lebanon; many families in Beirut could hardly afford such items. MECC, along with local churches, was able to contribute essential supplies to families in need and hopes to continue to meet other urgent needs months later. 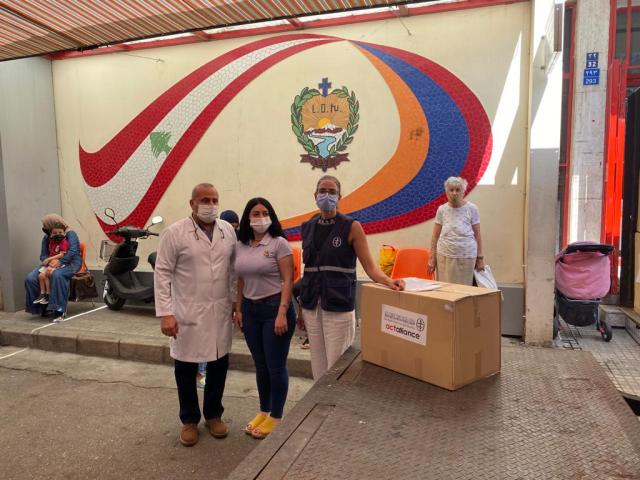 Mission & Service gifts support MECC’s response to the Beirut explosion in addition to MECC’s COVID-19 response in Syria and Lebanon.

Gifts specifically designated to the United Church’s Emergency Response following the explosion in Beirut supported many families like Johnny’s.

Thank you for giving regularly to Mission & Service to provide relief and education, and for making a special gift in times of dire emergency. Your compassion makes all the difference.