Creating a World without Hate

Our United Church is deeply committed to working with Muslims and others for peace and justice. 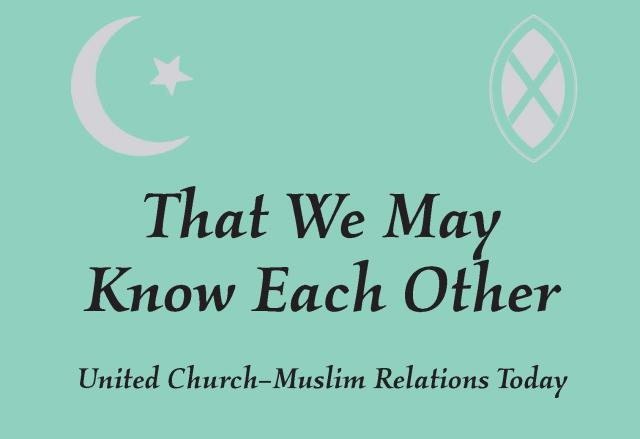 Cover of the 2004 study document
Credit: The United Church of Canada
Published On: June 23, 2021
Body

On June 6, not far from the oldest mosque in London, Ontario, a family of five out for a walk were deliberately run over by a truck. Three adults and one teenager were killed. A nine-year-old boy is the sole survivor. Police say the family was targeted because they are Muslim.

In a statement, The United Church of Canada condemned the horrific and hate-filled attack.

“Many people in the United Church are weeping alongside the extended families and friends of the family members who were killed and injured in this premeditated hate crime and are grieving the innocent lives lost in this abhorrent attack,” the statement reads, acknowledging the fearfulness that some people in the Muslim community feel as a result.

Did you know that 322 anti-Muslim hate crimes were reported in Canada between 2013 and 2019? And that’s just the crimes we know about.

Prejudice runs deep. A 2017 study published by the Angus Reid Institute states that almost half of all Canadians have an unfavourable view of Islam, a perception evident in attitudes toward religious clothing. While 88 percent of Canadians support a nun wearing a habit, just 32 percent approve of a person wearing the niqab.

Our United Church is deeply committed to working with Muslims and others for peace and justice. That’s why your Mission & Service gifts help us as a church to develop statements and educational resources to combat prejudice and discrimination.

In 2006, for example, the church released the statement “That We May Know Each Other: United Church-Muslim Relations Today.” It was preceded by an important study document with the same name designed to help church communities deepen loving relationships with our faith cousins. Similar study guides have been created to foster interfaith relationships, including Jewish and Hindu faiths (respectively, “Bearing Faithful Witness” and “Honouring the Divine in Each Other”).

Education begins with us. Your Mission & Service gifts help raise awareness and understanding that in turn contributes to a more peaceful world. One where no one is harmed by the hatred of another. Where no more children have to grow up without their family.

In the words of our current Moderator Richard Bott, “Let us use all that we have and all that we are to stand in the face of the evil that would allow and cause this crime of hatred. Even as one man has been arrested for his actions, let us uncover and work against the beliefs, the worldview, the racism and the hatred that supported his choice.”

Your gifts through Mission & Service help raise awareness and understanding that in turn contributes to a more peaceful world. Thank you.