40 Days on Anti-Racism: I Heard My Mother's Cry

The author reflects on the intergenerational impact of Japanese interment on her family, and their experiences of racism. 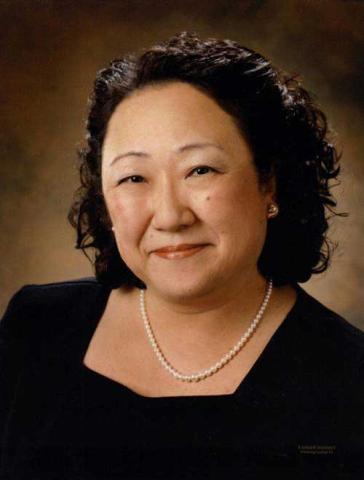 My Japanese Canadian parents were usually very quiet about their personal experiences during World War II, so it was a surprise when my mother told me a story about when she was about 16. In 1942, she was walking alone down a street in Japantown in Vancouver. Some White boys stopped her, and one of them hit her on the face, saying, “Get back on the boat!” In my mind I heard her cry out in pain and fear, and my heart squeezed hard.

I hurt for her so deeply that I could not ask her anything else about that incident. I do not know if she got help or support from anyone, or even what happened after. I remember the look on her face when she described that painful experience. Her mouth was pinched together and her eyes were set in anger. Decades later, it seemed to me that event and the feeling was as fresh for her as if it had happened yesterday.

I have noticed that my mother has always been very quiet around White people. I recently took her to a Victorian Tea Room for lunch where everyone else was White, except for us. She asked if it was “okay” for us to be there. She did not look at all comfortable, until we finished our meal and left. My experience was so different than hers even though we sat at very the same table in the same place. She was waiting for something bad to happen—and I was waiting for a salmon sandwich.

I understood then that the impact of racism lasts a lifetime. You cannot go back and change the past, and it is very hard to make it right after the fact. When we were children, Japanese Canadian adults rarely told us about how they were treated during the war years during times of internment. I believe that they did not want us to be scarred by their forced relocation and racist treatment.  As a result, I had a fairly innocent childhood: I thought that that we were on a farm in southern Alberta because we wanted to be there by our own choice, and I thought that I was just the same as everybody else on the school bus.

I finally learned about my parents’ experiences when I was a young adult, and was better able to put racist acts into context. I believe that  for there to be change, there is a need for dialogue and understanding to grow.

My prayer is this: Dear God, I do not know why racism exists. I only ask that whenever someone is hurt by a racist statement or act that you be with the frightened target of the hate, to fill them with your courage and strength and love. Also be with the person causing the hurt so that they can understand the results of their actions and feel remorse. Help us all to create a world where everyone has equal value. Amen.

Kathy Yamashita (she/her) was born and raised in southern Alberta on a potato farm near Vauxhall, surrounded by several other Japanese Canadian families on potato farms who had decided to settle in Alberta instead of returning to Vancouver where they had lived before World War II. She attended the University of Lethbridge for a Bachelor of Arts and Science degree, and then completed medical school at the University of Calgary. She has been a family doctor in Lethbridge, Alberta for 41 years. Kathy is a member of the Southern Alberta Japanese United Church in Lethbridge.