What Are Israeli Settlements?

Background on the illegal Israeli settlements in the West Bank and their impact on Palestinian human rights.

Israeli settlements are segregated enclaves built only for Israeli Jews on Palestinian land in the West Bank.

After the Six-Day War of June 1967, Israel occupied East Jerusalem and the West Bank. It eventually annexed East Jerusalem, claiming it as part of the state of Israel, although no country recognizes this annexation.

Only a few years after its capture of the West Bank, Israel began to build settlements for Jewish Israelis in the captured territory.

This map shows how the settlements have spread to nearly all areas of the West Bank.

Are the Settlements Illegal?

Settlements by the Numbers 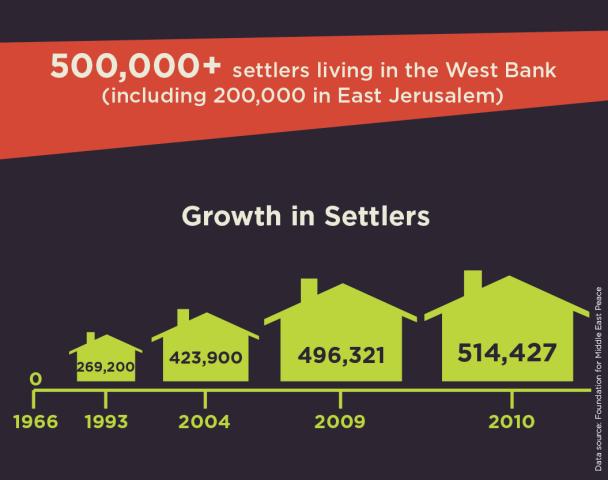 ABCs of the West Bank

The Oslo Accords, a peace agreement signed in 1993 and 1995 by the Palestinians and Israelis, were to provide a framework for lasting peace. Under these Accords, the West Bank was temporarily divided up into Areas A, B, and C: 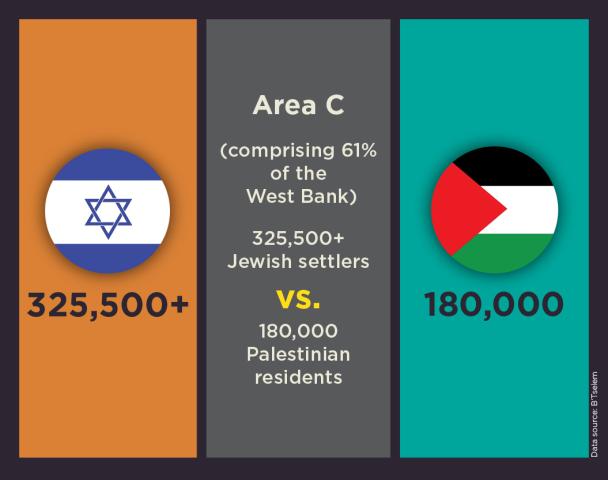 This UN map shows the areas.

The Oslo peace accords stated that, in Area C, "powers and responsibilities related to the sphere of Planning and Zoning will be transferred gradually to Palestinian jurisdiction" by 1999. For various reasons this has not happened, and Israel has used its control of Area C to significantly expand the size and number of settlements, as this chart shows.

Settlements and a Palestinian State

For many years various international players, such as the United States, as well as many Israeli leaders, have indicated their support for a Palestinian state. However, Area C in the West Bank, which chops up the areas currently controlled by Palestinians, makes it difficult to conceive of a viable, contiguous country for Palestinians. As Israel engages in settlement expansion in Area C—which includes Israeli-only roads, fences, and checkpoints—the possibility for two states living side by side in peace becomes ever more remote.

A freeze on all settlement expansion is crucial. While Israel did remove its settlements from Gaza in 2005—proving, some would say, that the dismantling of settlements is possible—the size and scope of the settlements in the West Bank is very different. The larger they become, the more difficult it will be to remove or abandon them.

Although the Israeli government instituted a partial freeze on building new settlements in 2009, this "freeze" has been lifted, and over the course of 2012 the government announced plans for significant settlement expansion.

Settlements range from a cluster of a few trailers and tents to small cities.

Settlements can range from a cluster of a few trailers and tents to small cities.
Credit: Left: ActiveStills.org, Right: delayed gratification, Flickr

What the International Community Has Said about Settlements

The stagnation of the peace process cannot be attributed to a single factor. However, one of the main reasons—I would say the decisive one—is Israel's incessant settlement policy in the West Bank and East Jerusalem…it threatens the viability of the two-state solution and thus the very feasibility of peace."

It [Israeli settlement expansion] would represent an almost fatal blow to remaining chances of securing a two-state solution."

The viability of the two-state solution that is key for Israel's long-term security is threatened by the systematic expansion of settlements. Settlements are illegal under international law and detrimental to any international efforts to restart peace negotiations and secure a two-state solution. All settlement activity, including in East Jerusalem, must cease immediately.

To learn more about settlements, follow these video links: