Say No to Extrajudicial Killing of Palestinian Children

We urge the Canadian government to take action to protect Palestinian children and human rights defenders. 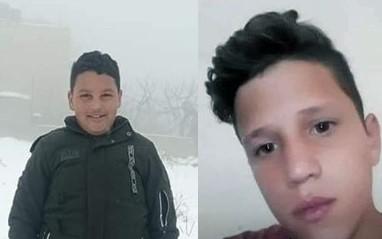 The United Church of Canada has written a letter to Minister of Foreign Affairs The Hon. Marc Garneau calling on him to take action to protect Palestinian children and human rights defenders in Palestine and Israel.

In the morning of July 29, 2021, the main offices of Defense for Children International-Palestine (DCIP), a United Church of Canada partner based in Ramallah, was raided by Israeli forces. Computers and records were confiscated, including documents pertaining to legal services it provides to Palestinian children.

“This is part of growing attacks against human rights defenders in Palestine and Israel by Israeli authorities,” says DCIP. Just this week, DCIP investigated and reported on the killing of two more Palestinian children, bringing the toll of Palestinian children killed by Israeli forces in the West Bank this year to 11.

The letter calls on Canada to

In the past two days, two more children were killed by Israeli military forces, bringing the death toll of children killed in the West Bank this year to 11. Israeli soldiers shot and killed 11-year old Mohammad Mo’ayyad Bahjat Abu Sara on July 28 while he was sitting in his father’s car. On July 23, Israeli military shot 17-year old Mohammad Munir Mohammad Tamimi in the back. He died after hours of surgery.

Defense for Children International-Palestine (DCIP) painstakingly investigates and documents witness testimonies, and issues detailed reports of grave human rights violations against children. Under international law, intentional lethal force is justified only in circumstances where a direct threat to life or of serious injury is present. Investigations and evidence collected by DCIP regularly suggest that Israeli forces use lethal force against Palestinian children in circumstances that may amount to extrajudicial or willful killings.

On July 29, around 5:00 am in Palestine, Israeli forces raided DCIP’s main office in Al-Bireh, Ramallah, after destroying the main door. During the raid, Israeli forces confiscated six computers and two laptops in addition to files concerning DCIP’s legal representation of Palestinian children in the Israeli military courts. This is part of growing attacks against human rights defenders in Palestine and Israel by Israeli authorities.