Anti-Racism and the Federal Election

This federal election, ask political candidates how they plan to advance racial equity. 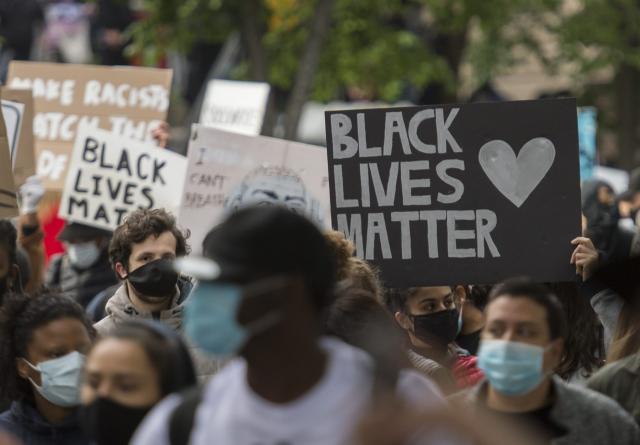 The United Church’s anti-racism policy includes an invitation for people to speak to the world about anti-racism efforts beyond the church and in society. Engaging in conversations about anti-racism and politics during the election is one way of living this out.

Work towards dismantling systemic racism by focusing on a specific area and how that area relates to racial justice. Candidates could be asked, for example, what specific actions they and their political party plan to take in order to create more racially just, equitable, and accessible systems and services.

The Impact of COVID-19

In some cases, there are more racialized peoples doing high risk or “essential” work (including health care, retail, manufacturing, and distribution) who have higher risk of contact with the virus, causing further risk to their families and neighbours. Policies such as a strong federal sick leave policy will be an asset.

In the upcoming years, recovery from the pandemic will be a priority for political parties. Ask your candidates how they will prioritize the underlying issues of racism affecting the impact of COVID-19 on Indigenous and racialized communities.

Indigenous peoples in Canada continue to face racism every day. It takes the form of unmarked burial sites at residential schools, the Indian Act, recognized racial discrimination in the funding of First Nations child and family services, and violence against Indigenous women, girls, and Two-Spirit people. Please read this election brief prepared by Indigenous Ministries and Justice and ask your candidates how they intend to address anti-Indigenous racism.

The United Church has committed to engaging with the United Nations International Decade for People of African Descent. This decade, which runs from 2015–2024, focuses on anti-Black racism.

The UN noted that Black people in Canada are disproportionately affected by police “carding,” unemployment, and poverty. Systemic anti-Black racism continues to have a negative impact on the human rights of Black peoples in Canada. The Prime Minister has noted that anti-Black racism and unconscious bias exist in Canada. How might political parties follow up on this statement? Ask your candidate how they plan to address systemic anti-Black racism, and how they plan to continue to engage with the UN International Decade for People of African Descent. Candidates could also be asked to further explore work on intergenerational trauma and mental health as they affect people of African descent.

The United Church has written to the Government of Canada about online hate crimes, and noted that that hate is being used to victimize not just those who are targeted by it, but also those who, through innocence or carelessness, are corrupted by it.

The federal government recently announced proposed changes to legislation to address hate crimes. Ask candidates what further legislative changes they might propose around hate crimes, and how they might work with communities of faith, civic institutions, and public leaders to create an environment in which all Canadians enjoy the right to meaningful dialogue.

As part of the United Church’s commitment to becoming an anti-racist church, the church will work towards anti-racism and equity in its policies, decision-making processes, and governance structures. People across the church are invited to be engaged in anti-racism education.

In committing to becoming an anti-racist church, people across the church are also committed to living out anti-racism in practice and in society. We commit to this work, not alone, but with God. Our anti-racist actions are grounded in prayer and guided by God’s Spirit. We pray and we actively work towards racial equity and transformation in church and society.