My Fault for Having Been Created Black? 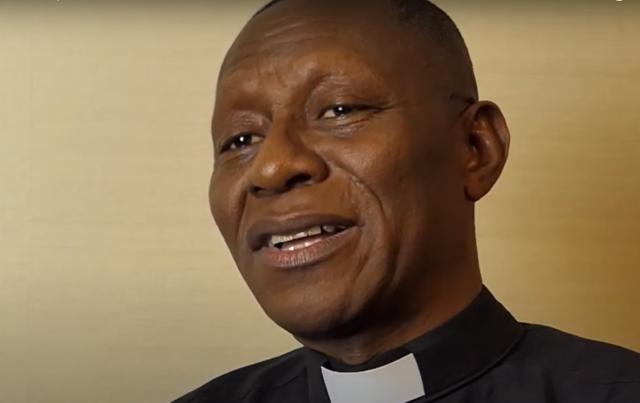 I will never know how to explain why I have often been the subject of mockery and contempt from other segments of the human population. It is with sadness that I see in the eyes of some people even animals have more value and worth than someone created in the image of God. For when I compare the attention afforded to animals with the obvious rejection written on their faces toward me, my soul cries within and I dare accuse my Creator for having let me be born. Could I choose my race or place of birth? Why is there such injustice here on earth? But then again, I realize that it is not the Creator’s fault, for God is diversity and inclusion in all he does. Yet there are humans who believe they are the only ones in the universe. When will this ignorance come to an end?

In the African community where I grew up, even today, hospitality and compassion for the stranger are part of the most basic and automatic rules for social behaviour. Yet my travels around the world have led me to understand the sad reality that under other skies—including among the White race in both secular and ecclesial contexts—these values are inverted. The seed of hatred sown in hearts and minds against those who are Black have sprouted deep roots that are difficult to eradicate, and they have regrettably led to systemic hate practised against Black people, albeit unconsciously.

I remember one time when I took the train with some fellow Black students to go to class at the University of Geneva. Everyone had found a seat except for one brother from Gambia. Fortunately, a seat beside a young White woman was unoccupied. But when our colleague sat down beside her, she scowled and said, “If it’s going to be like that, I would rather stand!” My colleague wanted to get up and leave the seat free, but I said to him, “No, don’t even think of it. Stay right where you are! If she wants to stand, that’s her business!” Then the young woman did indeed stand up and remained standing until she reached her destination.

How is it possible to hate a human being in that way? I thought perhaps if I were to go somewhere else, I would find more tolerance. To my great surprise, however, I experienced the same thing in Canada. I had once boarded a bus in Ottawa where no seats were available. I remember being very tired and having trouble standing up. But then an empty seat became available beside a White woman. As soon as she saw me head toward the seat, the expression on her face changed - exactly as had happened in Geneva. In just the time it took me to sit down, you would have thought that she had been stung by a bee. She quickly stood up and held on to a support until she reached her destination.

I asked myself, “Is this a universal disease among White people? Is it simply xenophobia?” But since not all the passengers on the bus could have been White, I understood that it was again an example of full-blown racism in an inclusive country whose arms are open to welcome the world. It also happens that some people simply ignore me as well, for example, when I ask for information. I can't help but feel total contempt for the Black race, which really is contempt derived from the historical treatment of Blacks.

In my opinion, a problem exists on the level of basic education. Much remains to be done to eradicate this evil. The history of populations and races needs to be reviewed and corrected in people’s thinking from an early age. This requires the introduction of a curriculum into school programs of every level if human beings are to respect one another around the world. The church played a major role in developing and institutionalizing a system for comparing peoples and establishing racism, and it has an urgent duty to participate in the eradication of inequalities introduced in the name of the Bible and of Jesus Christ.

A tiny White Jesus portrayed across all cultures as the Son of God could only serve to embed the idea of the superiority of the White race over others for being closer to God. Likewise, the bull issued by Pope Nicholas V on January 8, 1454 concerning slavery and the slave trade could only deepen the divide between Blacks and whites. The following is an excerpt from that bull:

…we had formerly by other letters of ours granted … to the aforesaid King Alfonso [of Portugal] … to invade, search out, capture, vanquish, and subdue all Saracens [i.e., Africans] and pagans whatsoever, and other enemies of Christ wheresoever placed, and the kingdoms, dukedoms, principalities, dominions, possessions, and all movable and immovable goods whatsoever held and possessed by them and to reduce their persons to perpetual slavery, and to apply and appropriate to himself and his successors the kingdoms, dukedoms, counties, principalities, dominions, possessions, and goods [of these infidel Saracens and pagans]. … Thence also many Guineamen and other negroes, taken by force, and some by barter of unprohibited articles, or by other lawful contract of purchase, have been sent to the said kingdoms.

To this day, we remain victims of the scars of this animosity and barbarism. It is a lie based on a misinterpretation of a biblical text recounting the curse of Ham (Genesis 10) that has led some people to believe that Blacks can only live under the domination of White peoples.

What more can I say? I am Black and proud of it! While I do not beg for brotherly love, I practise it towards all. If someone offers it to me, I give thanks. If someone detests me because of the colour of my skin, I really don’t care. Rather, I pray for that person to be cured of their ignorance, and I move forward freely with those who accept me. All I know is that God the Creator has no colour and has never been seen by anyone. God is LOVE. Anyone who loves is of God! So let us imitate Christ who, in his love, remains impartial.

— Demanya Kofi Akoussah is the minister of Saint-Marc United Church, a Francophone congregation in Ottawa. Previous to becoming a United Church minister, his work has been focused on peace, non-violence, interculturalism, and inter-religious dialogue. He was the director of Human Resources of his denomination before coming to Canada to serve in The United Church of Canada.