The Black-African Origins of Western Civilization 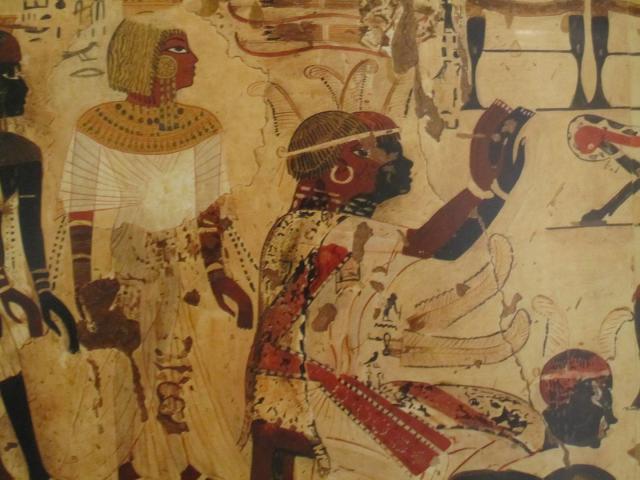 Africa is often placed in a straitjacket and forced to accept being what it is not. Considered to be a continent with no history, Africa is deemed to have contributed nothing to global civilization. And yet, in fact, it is the oldest civilization from which all others have emerged, even those that denigrate Africa the most.

Many sources confirm that signs of the earliest humans are to be found in Africa. Yet I have never understood how it is that the earliest humans never did anything while they were in Africa, only coming to be aware of their existence when they reached the European continent and suddenly had white skin. How could people live for so many long years without leaving a trace of their hard struggle for survival?

It seems to me that all the theories about Black Africans having contributed nothing to progress in the world have arisen primarily in Europe. Such theories justify White supremacy and abusive practices against Black Africans, as well as against other non-Europeans at times. It becomes clear that the history written by predatory lions is not the same as the one written by goats who have fallen prey to their ferocious oppression.

In my inquiry, Cheikh Anta Diop has enabled me to look at the history of Africa not from the perspective of an outsider, but through the traumatic experience of someone with first-hand knowledge. Cheikh Anta Diop (1926–1986) was an African scholar from Senegal who strove to portray Africa not as the world chooses to see it, but as it actually was and could—even should—be. The scope of his vision and work can be seen in his first work published in 1954—Nations nègres et culture (published in English as Negro Nations and Culture). He maintains that the civilization and culture of the White supremacy originated in Black Africa.

Egypt, the Mother of All Civilization

Based on archeological research, history shows that the population of ancient Egypt was Black. Egyptians called their country Kemet, meaning “black” in their language. Ancient writers and biblical texts confirm that Egyptians had dark skin and fuzzy hair. Herodotus, Diodorus Siculus, and Strabo all mention this (Simon Desaint-Martin, 2021). This finding is shared by the majority of ancient writers concerning the race of Egyptians (Gaston Maspero in Histoire ancienne des peuples de l’Orient, published in English as History of Egypt, Chaldea, Syria, Babylonia and Assyria).

Ancient Egypt was the centre of the world, attracting attention in much the same way that the Western world does today. People went to Egypt for security or economic reasons, on a quest for philosophic understanding, or to learn about any one of the era’s many disciplines.

According to the Bible, Africa was a place of happiness and peace. The people of Israel were descended from a single family as a result of economic migration. Threatened from birth, Jesus found safety by taking refuge with his parents in Egypt. Even as Europe rose as a power, the myth of Prester John in Africa continued to fascinate its people.

Diop shows that Blacks were the first to structure a knowledge system in almost every branch of science. Other cultures and civilizations benefited from their contact with Egypt. Western civilization is even fundamentally Black-African, given that the Greeks themselves recognized that much of their knowledge in philosophy (Aristotle and Plato), history (Herodotus), and mathematics (Pythagoras and Thales of Miletus), came from ancient Egypt, where they received their initiation.

At the end of the Middle Ages, the West became all-powerful with ambitions of dominating and exploiting the entire world. The West wanted a clear conscience for its treatment of Blacks and the practice of slavery, especially in the United States. The myth of Black inferiority was born: they were deemed to be subhuman as intellectuals “proved” that Blacks are not fully human. In addition, Georg Friedrich Hegel developed a racist theory that to this very day determines the view White supremacists have of African peoples and is the basis for the Western perspective of Blacks (Hegel, 1831).

Diop’s research was contested until 1974, when UNESCO recognized the validity of his results. His work led to openings on two fronts: the scientific reconstruction of African history and the restoration of historical consciousness (Antériorité des civilisations nègres – mythe ou vérité historique?, Paris, Présence africaine, p. 12). His approach has strengthened my conviction that human beings cannot be classified as inferior or superior.

Furthermore, as we read in the Bible, there is a time for everything. Human history has always had a guiding principle: at some point, every population loses what it has acquired and borrows from others. All peoples have their moment of glory followed by a period of decline. Currently, Western civilization dominates against a backdrop of White supremacy that no longer meets with a consensus. In the end, one may legitimately ask whether White supremacy is not in the process of exterminating humanity through discrimination. This philosophy destroys life rather than enriching it.

As Cheikh Anta Diop points out, Western civilization grew out of the Renaissance, a period in which Greek philosophy and civilization were rediscovered. But the Greeks, in turn, drew on an ancient Egypt of Black-African heritage. I could well ask myself: How can everything acquired throughout history and prehistory be brought together to ensure harmony among the various peoples, who are actually like the flowers, plants, and other constituents asked to breath life into the great garden that is our world?

— Isaac Makarios Kamta is a United Church Minister. He was born in Cameroon and was ordained in the Église Évangélique du Cameroun. He is currently the minister of the Ministère Protestant Francophone de Toronto (MPFT), located at Downsview United Church. He lives in Cambridge Ontario. 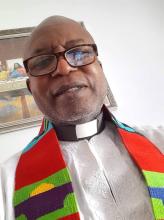